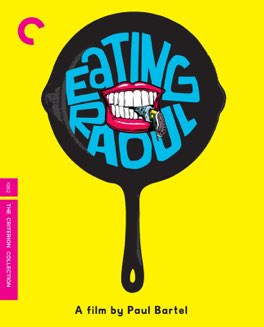 Surprisingly funny and inventive. I’ve seen it a couple times now, and it hasn’t lost its ability to make me laugh.

I love black comedy. Humor is a medicine, and the ability to find it in dark situations is a necessity in an ever darker world. Without laughter, all we can do is cry when things get really rough. Crying is good for the soul of course, but so is laughter, and laughter is a lot more shareable. I have a special place in my heart then, for films like this one, that revel in the darkness, but find the lightness within.

A film like this is clearly not for everyone. To summarize just the plot, without mentioning it’s a comedy, sounds unbearably heavy. A couple, who want to raise the money to open the restaurant of their dreams, begin serially murdering the swingers who repeatedly attempt to rape them. That sounds gruesome, grim, and not like a film most people would like to watch. But mention it’s a comedy and everything changes. Then it becomes outlandish and fantastical, but also approachable. Potentially even entertaining, or appealing.

For me it’s more than that though, it’s also a form of therapy. Much like blues music, or really any form of minority folk art, it names the wolf at the door. By naming the beast, it makes it a bit less scary when it howls. It’s a weird thought; I found solace in a film about casual murder. But, here we are. This is a hilariously funny film, but also poignant and sweet. What a treat. - Nov 18th, 2017