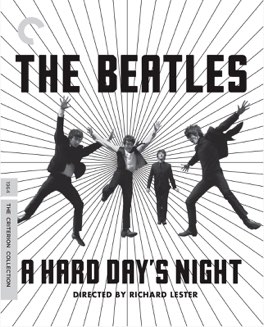 This film is about a hundred times better than it had any right being. It creates a simultaneously perfectly real world, and one that cannot possibly exist. I’ve seen it so many times, and I’m still crazy about it.

I’ve been obsessed with The Beatles for what feels like my entire life. It would not be hyperbolic to say I cannot remember a time when I didn’t love them. Being for the Benefit of Mr. Kite is one of the first songs I remember loving, on a cassette tape someone gave me when I was maybe eight or nine. I love them so much, I almost cannot believe they were real. I can’t fathom how these people found each other. How they made this incredible music.

My father has always claimed that if I had been alive when they were around, I would not have been a fan at all. He thinks I would have been a Rolling Stones fan. Back in those days that was a major divide. You were for one or the other, not both. The Beatles were the pop band, and The Stones were the band for the cool kids. If you were a serious music fan, the choice was clear. I’ve always found it touching that my father thinks I would have been for The Stones. He’s probably right, too.

Of course I wasn’t alive back then, and so I don’t see any need for the dichotomy. I can love The Beatles and enjoy The Stones. Crazy I know. I just cannot imagine a band going on a more dramatic journey than they did. It would be like Britney Spears suddenly releasing an album of music that convinced everyone who had ever written her off that she was a serious artist. The Beatles were a boy band, and then they really weren’t. I doubt we’ll ever see any artist have the luxury of that dramatic a transformation again. - Sep 22nd, 2017