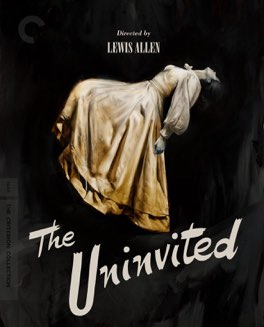 A visually stunning and extremely enjoyable film. The effects, advanced for their time, still hold up remarkably well today. I’ll be watching this one many more times.

Classic horror, on the other hand, tends to break down into two distinct groups. The first are schlocky attempts at the same sort of visual disgust we get nowadays, charming only due to the limitations of the technology of the era. I enjoy these, in an unintentional comedy sort of way. The second, and the one I find far more interesting, are films that use atmosphere and psychological threat, in order to make the viewer think. This film is firmly in that second camp, and it’s for that reason I enjoyed it so much.

The film opens with siblings, Rick and Pamela, accidentally discovering an old and empty house during a vacation in Cornwall, when their dog runs in after a squirrel. Becoming instantly enchanted with the place, they track down the owner in the local village and buy the place on the spot. The owner Commander Beech, whose daughter once lived in the house, and whose granddaughter Stella doesn’t want to sell, warns them of some local gossip concerning strange sounds at night, but otherwise does little to discourage the purchase.

The siblings soon discover the stories they’ve been hearing aren’t just gossip, as they wake up in the middle of the night to discover the sound of a woman sobbing. They search the house, but they can find no source for the omnipresent wailing. At the same time, they begin to discover the tragic story of what happened to the daughter of Commander Beech, and the connection the house still has to his granddaughter Stella. The rest of the film involves their attempts to learn the truth, and ultimately to win control of the house back from the spirits that inhabit it.

It’s about as classic a ghost story as you can get. The living, seeking the truth about the dead, in order to allow them to finally leave this plane of existence. It’s a story that’s competently told, well acted, and visually breathtaking. The film is gorgeous, and has a melancholy air that suits the story perfectly. All of those things would make it a wonderful thing to stumble upon, but there’s one piece of historical fact that makes this film far more important than just a fun little ghost story. That fact, is that this film is widely regarded as the first Hollywood picture to treat the subject of ghosts as serious subject matter for a film.

Ghosts have been a part of cinema since the very beginning, but this was the first Hollywood film that treated them as actually real, and not in any kind of funny way. Previous studio films either used the supernatural as a source of jokes, or as a ruse, revealed during the film as a coverup for various nefarious and criminal activities. This film marked a major change in direction, as the ghosts are used as a primary story factor, to be taken very seriously, and portrayed as completely real in the world of the film. For this reason alone this is a film worth seeing, for anyone who enjoys all the thoughtful horror that followed. - May 8th, 2016