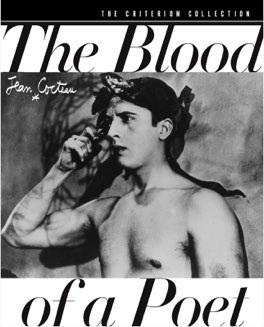 The Blood of a Poet

While I didn’t find much meaning in this film, I did really enjoy the special effects. An early shot of a mirror becoming water is particularly memorable.

The challenge with allegory, is that its success largely depends on whether the viewer knows what the intended meaning is.

If not, then they have only whatever they receive themselves from the film as their guide. What that means practically, is that who is watching a film, and when they’re watching it, end up mattering a lot to what they find in it.

If I were to watch this film at a different point in my life, or even just in a different mood, I would likely feel completely differently about it then I do right now.

The film follows a few different storylines, all of which are peculiar. The initial tale is that of a young artist who sees a human mouth in his drawing. After wiping the mouth off with his hand, and eventually transferring it onto a talking statue, he lets himself be convinced to journey inside his mirror.

There he finds a hotel full of rooms to spy on. Eventually we leave him, and are presented with a snowball fight. Finally we see a card game gone very wrong. There is some narrative structure, but at the same time no story every really develops.

I didn’t really connect with anything in this film. That’s not to say I didn’t enjoy it. It’s a perfectly pleasant, semi-surrealist visual feast. It simply missed me in finding any kind of deeper perspective.

That matters I suppose, but only if the artist themselves wants to connect with their audience. In this case, I don’t know enough about Jean Cocteau’s motivations as a film maker to know if that’s his goal.

The film certainly doesn’t seem to want me to find meaning, but perhaps I’m simply projecting my failure to do so as evidence of intent.