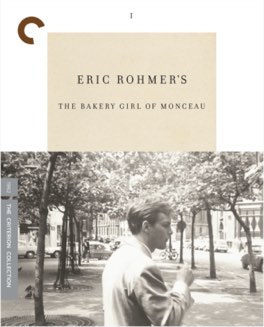 The Bakery Girl of Monceau

A wonderfully simple film, that tells it’s story and is done with it. I enjoyed it a lot, and I’m looking forward to the next one.

This is a film about how we rationalize the choices we make. Most people are the heroes of their own personal narrative. We need to believe whatever it is we’re doing, it’s right.

The mental gymnastics we can do to justify ourselves, to ourselves, are as impressive as they are sad. The horrible truth is, we’re not always the hero. Sometimes we’re a thorn in someone else’s side.

Sometimes we’re even the villain in someone else’s story.

In this story, the main character isn’t really a hero or a villain. He’s just a fairly selfish and un-self-aware college student, obsessed with a young lady he doesn’t really know. In order to pursue her, he ends up wandering their shared neighborhood, to try and create a chance encounter.

While doing this, he catches the eye of a young bakery story saleswoman, who he pursues essentially out of boredom. At no point does he acquit himself well. Mostly he comes off like a jerk.

I’m just starting this series of six “moral” tales. Apparently, the morality referred to isn’t a standard biblical or societal one, but rather the reasons for the choices we make. Based on that description, and this starting point, I think I’m really going to enjoy these films.

This particular entry only whets my appetite for slightly more complicated decisions to come. After all, what’s more fun than arbitrarily judging people? Or in judging them based on what you think you would do in their place? - Dec 27th, 2016