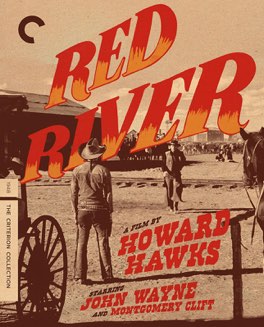 A marvelously beautiful film, done on an epic scale. To watch it, and to know that the crew really did drive 1,500 cattle to make it, only adds to the incredible sense of place the film evokes.

One of the things I try and do when I write these entries is to avoid spoiling the plots of the films I’m talking about. Certainly I have to include some details, in order to discuss the film, but I try my best to keep revealing moments out of my writing. I’m walking a delicate line here, where hopefully people who haven’t yet seen these films should still be able to get something out of this, while people who have seen them get even more. However, given that what I mainly want to talk about with this film is the narrative arc of the main characters, and particularly the extremely controversial ending, I’m going to have to be very explicit about many of the details of the plot. If you haven’t seen the film yet, and you’re the type who cares about things like that, I’ll recommend that you stop reading now and come back after you’ve watched it.

So, now that that’s out of the way, what’s the story all about anyway? This film tells a fictionalized narrative of the first cattle drive on the Chisholm Trail, from Texas to Kansas, shortly after the Civil War. The story follows two main characters, and the paths they take with each other. The first one is Thomas Dunson, a rancher, whose only love died in an Indian raid he could have saved her from, and who has raised more than 9,000 head of cattle, but can make no money selling them in beef-rich Texas. The second is his semi-adopted son, Matthew Garth, who has recently come back from fighting in the war, and is now an incredibly skilled gunman, but who is still perhaps unsure of himself. The two of them set off with a crew of men and 9,000 cattle, intending to take them to sell in Missouri, where roving gangs wait to try and stop them.

Along the way, Dunson begins to turn from an extremely stubborn, but well-liked boss, to a maniacally cruel taskmaster who kills his own men when they disagree with him. The men learn about an alternate route to Kansas, one free from the gangs and thus considerably less dangerous, but he refuses to even consider changing his mind. Eventually he crosses enough lines with his men that Matthew feels compelled to take the drive away from him, leaving him behind to plot his revenge. Dunson swears he’ll catch up and kill Matthew, and the rest of the trip he haunts their steps. Along the way Matthew meets a woman named Tess Millay, who he immediately falls in love with, but leaves behind in a scenario eerily reminiscent of Dunson’s own past. Eventually Dunson also meets Tess, and brings her along with him to find Matthew. When Dunson finds Matthew they get into a brawling fist fight, but don’t kill each other. The film ends with Tess berating them for making her worry that they would, when it’s so obvious that they love each other.

That’s a lot of setup, but it’s necessary to discuss the main criticism I’ve seen leveled at this film. The majority of things I’ve read and heard say that it’s a masterpiece right up until the ending. People seems to want either Dunson or Matthew to kill the other, in order to resolve what they consider to be the narrative arc the film is presenting. I’ve seen more than one person argue that the only reason that it doesn’t happen is that the director, Howard Hawks, was prevented from doing so by the rules of the production code of that era. While I’ll admit that the ending was initially unexpected, I certainly thought we’d get at least a shootout between the two men, I think the idea that the film is somehow flawed because of it completely misses the point.

The film is a rather obvious subversion and critique of traditional Western-genre ideas about masculinity, as well as a coming of age story. Most of the stuff I’ve read about the film acknowledges both of these points, but seems to miss that it’s not just a coming of age story for Matthew, who discovers that he is a just man and a capable leader. It’s also a coming of age story for the much older Dunson, who finally realizes the cost of his self-destructive stubbornness. The film goes out of its way to make sure we see this. At some point in the film basically everyone in Dunson’s life tells him that he’s wrong in his attitude towards the cattle drive, and towards Matthew. When he finally sees that Matthew was right all along, that the Kansas path was the smart choice, he changes. Sure he still beats Matthew up a little bit, as a cover for his promise to kill him, but in that moment he has fulfilled his own narrative arc, and come out the better for it.

The subversion of traditional masculinity is even more incredible, especially given the time period in which this film was released. At the very end, as Dunson and Matthew are lying on the ground having hit each other stupid, Tess tells them that it’s been obvious all along that they love each other, and that the idea that they would kill each other is ridiculous. She tells them what we’ve known the whole time, that these men love each other, as father-figure and son, and they’ve just finally stopped being too stupid and pig-headed to realize it. For a film that was released in 1948, to pay so much attention to male love, to so openly name it, is pretty ahead-of-its-time type stuff. Tess isn’t just berating these men, she’s also waking the audience up to this idea as well. She’s speaking to the larger theme, and if its a little bit on-the-nose, I’m perfectly fine with that.

If the film had followed a traditional narrative of the son overcoming the father by, in this case, literally killing him, it would have been a perfectly decent Western. But to subvert that idea in the way that it did, it becomes something far more interesting. And in order to become that more interesting film, it absolutely needs this ending. It perfectly completes the arc that Dunson began by abandoning his girlfriend at the beginning of the film, only to find out she’s been killed in a raid. From that moment forward he’s locked off from the love of those around him, focused only on his narrow agenda. By the end of the film he’s been all the way through that process, and come out the other side, a man who finally got what he wanted, just not in the way he expected. It’s a marvelous thing to see, and I’m really glad Hawks chose this “wrong ending,” so that I’d get to enjoy it. - Jan 23rd, 2016