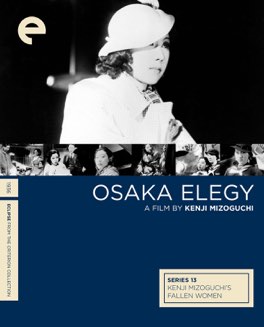 An unfortunately modern take on the difficulties of navigating the world as a woman. The film has a refreshingly determined ending, for how much suffering it deals out.

I was somewhat prepared for this film. After all, it’s the first of a set called “Kenji Mizoguchi’s Fallen Women.” I was certainly not expecting a light hearted romp. These are films that portray the suffering of women, beset by the unreasonable double standards of patriarchal society. What I was naively not expecting to find, was so much that related to modern life. We have not come anywhere near far enough, from the world presented in this film.

The film focuses on a young telephone operator named Ayako. Her father has been fired from his job for embezzling money to gamble in the stock market. Her boss is unhappily married to a wife he treats horribly. Her brother is about to graduate college, but can’t pay the tuition he needs in order to get his degree. Her sister is living at home, and her father is unable to provide much. Ayako responds to these issues by agreeing to her boss’s lecherous offer of becoming his mistress, in return for his paying off her father’s debt, as well as giving him a job.

Everything after that point in the film leads Ayako to further ruin in the eyes of society. Her boss’s wife finds out about the arrangement and ends it, but not before blaming her. She gets the money her brother needs, but her father steals that too, and the brother completely cuts her out of his life. Her sister doesn’t understand what’s going on, but is being bullied over the mistress scandal, and turns her back as well. Finally, even the police are involved, as a man who feels jilted in his dealings with Ayako attempts to have her arrested.

The film paints a picture of a woman who is trying her best to help those around her, but is being held to a completely different set of standards then the men. Her father’s crime is what starts the whole affair, but somehow she’s the disgrace. Her boss initiates the affair, which she only agrees to in order to save her father, but it’s somehow her fault. We will not be a just society until everyone is playing by the same rules. It’s infuriating, unacceptable, and sad, that it’s as much a problem today as it was eighty years ago when this film was released. - Nov 15th, 2016