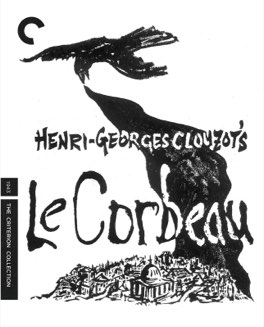 A beautifully shot, and wonderfully paced, film that completely surprised me with the solution to its central mystery.

This film was released during the occupation of France by Nazi Germany, and produced by a German-controlled film studio. The edict given to the studio, by Goebbels himself, was to make bland entertainment that didn’t challenge its audience. It’s incredible that in that climate they were still able to make this film, which is definitely not bland in any way. At the time of its release, it was denounced by the Vichy government, the French resistance, and the Vatican. After the war the film was banned, as was its director Henri-Georges Clouzot, although eventually both bans were dropped. This is a film with serious history.

The story follows life in a small town, as a “poison pen” starts to send anonymous letters exposing the misdeeds of their fellow citizens. Initially the letters focus on a supposed affair between Rémy Germain, a young doctor, and Laura Vorzet, the wife of an elderly psychiatrist. Eventually, the poison pen expands their field of criticism to just about everyone in town. The letters cause a frenzy among the townsfolk, and they start a witch hunt against anyone they think might be the letter writer. The film tells the story of the chaos that follows, through the story of the doctor Germain, who has never gotten over the death of his wife many years earlier, and came to the small town to escape.

On its surface, the only opposition that’s easy to understand without more context is from the Vatican. The film depicts extramarital affairs as rampant, and acceptable, and features a subplot where Germain is accused repeatedly of being an abortionist. Even to my modern eyes the film was bold in these depictions, so I can only imagine how a religious person in 1943 would have taken it. The other two groups that were against this film are harder to understand though, and require thinking about the subtext of the film rather than its direct story.

The film can be seen as an allegory to the condition of France during this period. While there is no explicit mention of the war, the Nazis, the occupation, or anything like that, it’s not hard to draw parallels. The letters, which pit each citizen against the other, and cause mass mistrust and hatred, can be seen as a statement on the condition of occupied France. In that environment there was rampant fear of collaborators, and a general lack of trust. From the perspective of the government then, this film is an indictment of their rule.

From the perspective of the resistance, the film was not only made under the control of their occupier, but also critical of the people they were trying to unify. They saw the depiction of mass psychosis as a statement that the French people were weak, unable to resist base gossip, and thus unable to fight for their freedom. They objected strongly to the idea that the French could be divided at a time when they wanted to bring a resistance together. It’s an impressive feat, to make one film and anger both the occupational government and its resistance, not to mention the Catholic church.

Ultimately, I’m not sure any of the sides really understood the point of the film. The main character, Germain, has been living his life in isolation since his wife’s death many years earlier. The incrimination he receives from the letters forces him to reconsider everything he’s done since that time, and ultimately allows him to break out of the narrow confines he’s forced himself into. It’s a story of the good that can come out of a bad situation. Given what was going on in France at that time, that seems like a positive message to me. - Jul 12th, 2016