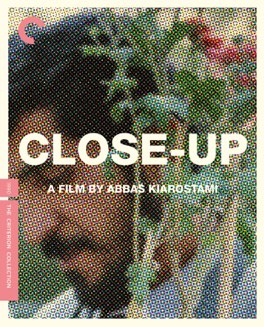 Another multilayered and complex work from a director who is quickly rising up my list of favorites. This is a film I need to see many more times.

It’s a common idea that film is an escapist medium. We go to the cinema to be entertained, or moved, or to fear, or to love, or to cry. To dream while remaining awake. Of course this is a somewhat limited definition of the purpose and power of film. It can also wake us up, make us think, force us to contemplate the world. In my experience so far, Abbas Kiarostami is hoping to accomplish all of those things all at once. On top of that he’s given me a new idea for what film can accomplish, that of therapy for an anguished soul.

This is a film like no other I’ve ever seen. It tells the true story of a man who impersonated Iranian director Mohsen Makhmalbaf, and attemped to con a family into believing in him. And not only is the story true, but the actors in this film are the real people involved in that story. And not only do we have the real people, but the story wasn’t over yet when Kiarostami got involved, as the trial in the film is footage from the actual criminal trial.

It’s not a documentary though. The footage surrounding the trial is recreated with the help of the original people. They consented to film themselves acting out the events. At the trial itself Kiarostami apparently wrote the testimony for the accused, based on things he had previously said. The aftermath of the trial is also scripted to some degree. So we have a fictional film that’s showing us events that really happened, or are really happening. It’s an ever deeper mixture of reality and reality-inspired fiction, and I’ve spent quite a lot of my time since I saw this film thinking it all through.

All of that though, the layers of meaning, and the questions posed about the nature of truth, isn’t what I found most interesting about this film. An interesting wrinkle to this case is that the man doesn’t appear to have been attempting to steal money from the family. He was far more interested in simply enjoying their belief that he was the director he was pretending to be. The thing I was most captivated by is something the accused says is part of the reason why he impersonated Makhmalbaf. He says it’s because he loves him for making films which accurately depict his suffering.

This is a poor man, a man who lives a hard life. But when he goes to the movies he’s not interested in escapism to take his mind off his plight. Instead he goes to see the films of Makhmalbaf, which do something he cannot do himself, convince people to allow him to share his anguish and pain. He so badly wants to communicate his feelings, but he knows no one is interested in them. In the films of Makhmalbaf, which I now need to see, he finds relief from his inability to share, as the films do it for him. That’s a use of film as therapy and comfort that I never previously considered possible. - Sep 2nd, 2016