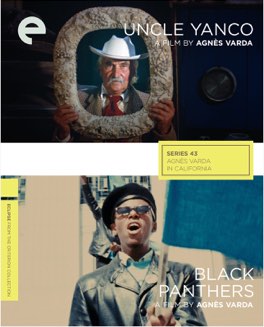 An incredibly potent window to a link on the long chain of the fight for justice. It showcases a consciousness just beginning to explode into action, and draws attention to the same issues that affect us today.

It’s both inspiring and sad, to watch this documentary about the Black Panther Party of 1968.

The inspiration coming from the absolute passion of these revolutionaries, so sure in the righteousness of their cause.

The sadness comes from knowing what happens next; the murder of co-founder Huey P. Newton, the exile of Eldridge Cleaver, the collapse of the party, the devastating incursion of drugs into black communities.

The failure of this movement to achieve so many of its goals.

It’s especially hard to watch in 2016, with the Black Lives Matter movement being viewed with almost exactly the same mixture of hostility, distrust, and hatred the Panthers faced fifty years earlier.

The issues BLM is fighting for are largely identical to those of the Panthers. We’ve come a long way in this country over the last fifty years in so many areas, it’s unacceptable and infuriating that we’re still dealing with the same police brutality.

This film should be shown often and everywhere, so people aren’t allowed to forget the cyclical nature of this history, so they’re forced to deal with it. - Sep 5th, 2016