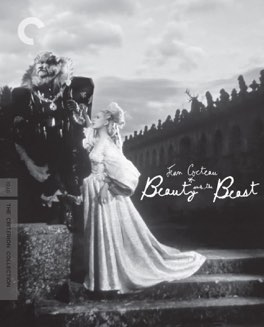 An astonishingly delightful and entertaining film. It manages to combine a traditional narrative with a desire to undermine that narrative from within.

Beauty and the Beast

There’s something really powerful about defying the expectations of your audience. It makes no difference if those expectations are due to the narrative structure you set up, or the universal nature of myth. When we’re denied the resolution we’re expecting it’s palpable. The bad actor in a story has to get some sort of comeuppance, the lovers have to have a happy ending. To not finish a story as expected is therefore somewhat subversive. It’s almost a revolutionary act.

Because this is an archetypal tale, the story is basically known to all of us. Even though this is the first adaptation I’ve seen (no, I’ve never seen the Disney film, yes I think I’m weird), I still knew basically what was going to happen. This version has all the usual elements, but adds a subplot involving an idle friend of Belle’s brother, named Avenant, who wants to marry her. Belle’s brother, her evil sisters, and Avenant, all plot to use Belle to steal the Beast’s riches, leaving him to die. When they fail, the curse passes from the Beast to Avenant, and they swap appearances.

The nature of fairy tales is that they follow specific rules. The good people are attractive, because that’s how goodness works. The bad people are ugly for similar reasons. The Beast is ugly, so we think he must be bad, but really he’s been cursed. Once the curse is broken he can be beautiful again. Even though I’d never seen or read this story, I knew how it had to end. I was expecting it, even demanding it. So when it came at last I was shocked at the ambivalence I felt. The film managed to subvert all my expectations in one subtle way.

I expected the Beast to become a handsome prince. I did not expect that prince to have the face of Avenant, a character I’d grown to dislike. He’s haughty, spoiled, and not particularly nice to Belle. He’s intimately involved in the plot to steal the Beast’s riches. Even Belle seems somewhat dismayed by this change. She almost seems to miss the monster. By the end of the film she has truly fallen for her Beast, and is a little disappointed that he’s gone. Life with the prince will be a banal reality. It’s a brilliant narrative choice. With one change the film manages to give the audience exactly what it expects, without giving us what we want. - Dec 2nd, 2016