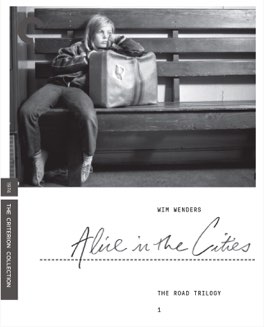 Alice in the Cities

I’m becoming quite the devotee of Wim Wenders. His films speak to me in a real way. This one in particular was absolutely brilliant. I enjoyed it thoroughly from start to finish.

One of the reasons I watch all these films, is in a search for connection.

Many of the best experiences I’ve had doing this project have been when I’ve popped in a film I know nothing about, and find that it speaks to me in some personal way. I treasure those films the most, because they made me feel, or made me think, or made me want to live.

The film tells the story of the titular Alice, even if it’s not immediately clear it will. It opens with Philip, a broke writer driving across America. He’s missed his deadline for writing an article about the United States, and now has to return to Germany.

At the ticket agency he randomly encounters a German woman, and her small child, Alice, and helps them book a flight home as well. In a somewhat unlikely sequence of events he ends up with Alice in his care, in Germany, searching for a Grandmother she barely remembers.

It’s a story of unexpected companionship.

It’s so unusual to see a film that presents childhood as unadorned, and unidealized as this film does. Alice isn’t intended for adult judgment, instead she’s presented as a person, with her own narrative to explore. So often when we see children in connection with an adult, it’s the adult’s journey we’re primarily interested in. The children are merely there to push them in some direction.

While Alice does have a huge impact on Philip, that’s not what the film is primarily concerned with. It’s especially nice to see a film where the central narrative is a girl’s progression, instead of a boy.

As much as I appreciated all of that, it wasn’t what spoke to me personally. I’ve never been a young child stranded with a stranger, and I’ve definitely never been a young girl. Instead, it’s Philip’s story that reached out to me.

As the film opens, he’s completely lost in his own head and his writing. This is something that happens to me as well. I’m a very self-analytical person, to a degree that is often unhealthy, and I can get caught observing my life, instead of living it.

Sometimes we need something to happen to us, something we cannot ignore. Philip can’t just walk away from this child in need. He is forced to care.

This sort of interruption to self isolation is so humanizing. It forces us to look around, and remember the whole world is out there. Philip’s journey is one I’ve taken, in far less dramatic ways of course, multiple times in my life.

One of my favorite things about my girlfriend is that she doesn’t let me sink too far into my own mind, before she drags me back out into her world. In her own way she does for me what Alice does for Philip.

I saw myself reflected in this film, which is an easy way to feel connected to something. - Dec 11th, 2016