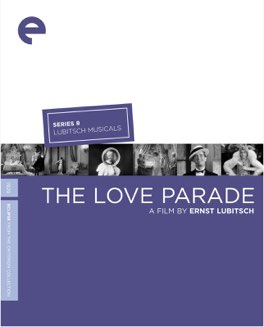 A defunct podcast about trading films with friends. Each month I chose a film for a friend to watch and they chose one for me. Then we discussed. There were two episodes a month, first my choice and then theirs. My guest for this month was Jessie Char, and she joined me to discuss the film I chose for her, the 1929 Pre-Code musical comedy The Love Parade.

This film is really only available as part of the Eclipse Series 8: Lubitsch Musicals set from Criterion, which you can also buy from Amazon - Oct 3rd, 2015