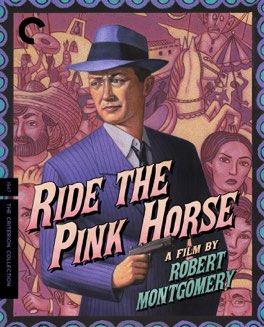 This film surprised me, not just with its unconventional plot, but also with its for-its-time progressive world view. I had a really good time with this one, and I suspect I’ll find my way back to it again.

My first impression of this film, which began to form almost immediately, was that it was going to have the same kind of issues for me that It Happened One Night did. Readers may remember that I found that film to be very troubling in its presentation of ideal masculinity as a certain kind of pigheaded stubbornness. I was reminded of the worst aspects of my grandfather, and my fears that I would someday also inhabit them. The lead character in this film has many of the same qualities that Clark Gable’s had, and yet here they didn’t bother me nearly as much. I spent quite a bit of time thinking about why that is, and the best idea I’ve come up with so far, is that it has something to do with how expectations can color our experiences.

The film follows the story of Lucky Gagin, a former WWII soldier, who is having a hard time acclimating to his new peace time world. As the film starts, he shows up in a small New Mexican border town to have his revenge on a war profiteer who had his best friend murdered. He quickly meets an FBI agent who wants him to help bring the profiteer to justice instead, an idea he’s very resistant to. He also makes two friends who help him in his quest. One is Pancho, a local operator of a carousel, and something of a philosopher of simple living. The other is a young woman named Pila, who has a vision of Gagin’s violent death, and works tirelessly to help him escape his gruesome fate.

This film is generally described as being a film noir, which is a term that’s not particularly useful as any kind of genre. Genres are typically codified, defining themselves in either setting, character, or convention. Film noir’s have none of those things with any consistency, and as such is perhaps better thought of as a sort of loose idea of a style and mood. This particular entry is especially unconventional, missing many of even the few things that would typically be expected. Its status as a noir though, fundamentally changed my expectations around the behavior of the main character. I was expecting his boorish attitude, his stubbornness, and his no-nonsense cynicism. Those are all qualities I expect from a noir leading man, and so I think I kind of just accept it as being par for the course. In that sense, director/actor Robert Montgomery’s generally jerky behavior bothered me far less than Gable’s did.

Another thing that changed my comfort level was the relationship that Gagin’s character had to the people around him. This isn’t a romantic film of any kind, there’s really not even much of a subplot leaning in that direction. This film is all about the business at hand, and therefore there’s none of the uncomfortable domination of Claudette Colbert’s super cool character; no one here gets turned into a shadow of themselves. The people around Gagin view his boorishness with a resigned contempt that’s honestly very appropriate as a response to someone behaving the way that he does. No one here falls magically in love with him under the incredible power of his unassailable masculinity. So while the film reflects poorly on his character, it all happens within the narrative of the story.

The other thing that really picked this film up and made it special for me, was in its presentation of diversity. Don’t misunderstand, this is still a film from 1940s Hollywood, with all that implies, but this film did a pretty interesting job of handling a wider perspective than I’m used to from this era. The Native American/Mexican characters that inhabit this border town are presented as people with honor, largely free of painful stereotype, and represent a lifestyle that is presented in something like opposition to the corruption of the American gangsters that have invaded their world. Certainly there are still plenty of issues with this representation, but the mere idea that perhaps other cultures have something to teach or offer, is a pretty cool thing to encounter in older media. - Jul 28th, 2015