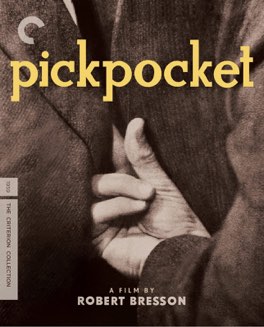 A thoughtful and idea packed film, that made the most of its limited running time. Its use of an almost entirely amateur cast was a bold choice, and one that worked wonderfully.

What a surprising discovery this film was. So sparse and bare; almost totally lacking in ornamentation. Instead, what we get is a film dedicated in the pursuit of its message, that of the measures we can resort to when driven entirely by ennui. In fact, what it reminded me most of was The Stranger, a book which strongly overlaps the themes I found here.

This film is filled with the same sort of existential crisis that Albert Camus was exploring, and shares a similar focus on essentially anonymous people as mass representation. What the main characters do because of their dissatisfactions are wildly different, but the examination of the dissatisfaction itself was familiar to me. The use of an amateur cast also added to the idea that these are just everyday people, not intended to represent individuality, but rather what any of us might resort to, if we felt this disconnected.

In The Stranger, the man’s lack of connection to the world around him, an inability to feel emotion for the world, leads him to kill. In this film, things are far less brutal. Our main character, a young man with the same sort of qualities, Michel, begins to pickpocket from people in very public places. The film makes this choice out to be an almost involuntary one, as though Michel cannot control the urges he’s feeling.

He’s a man who is completely disconnected from other people, unable to even recognize the concern of his friends, or the love the woman who helps his mother clearly feels for him. He yearns for a connection with other people, but cannot recognize or find it in his conventional life. Instead he finds it in the one-sided intimacy of stealing from anonymous people. In the moments of his crime he’s alive, and clearly feels an almost sexual connection to his victims.

The story is exceptionally sparse. It’s told almost entirely through the narration of Michel, and he’s an inconsistent narrator to be sure. I felt as though I was getting a perspective from his narration, rather than the film using it as a simple plot device to tell me things I might need to know. There were gaps in the narration, details missing or only alluded to, which made the film feel so much more authentic. I felt like I was getting only what Michel actually thought, and not having my attention directed around at the whim of the filmmaker. It’s a very different use of narration then I’m used to, and I found it to be a very successful one.

This film’s presentation of the effects of disconnection on ordinary people was interesting to me, but I think my favorite thing was the incredible choreography of the pickpocketing itself. Early in the film Michael joins a gang of like-minded thieves, and the film treats their crimes almost as though they were ballet. Everything is impeccably executed, and the film fetishizes the action in a way that makes the entire thing an act of pure beauty. There is already inherent grace to stealing from people in broad daylight, and the film captures it just perfectly. It transforms what is ultimately a petty crime, into something of grandeur, full of meaning. I’m really glad I saw this one. - Feb 20th, 2015