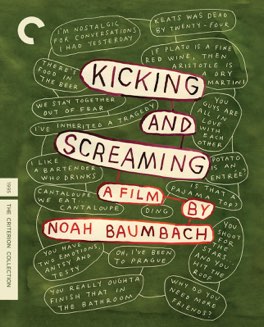 This film is entertaining and witty enough that most people will probably enjoy it. For those of us that find ourselves reflected in its characters though, this is a far more compelling affair.

Growing up is really hard. This is not a revelation. But at least through the end of college there was a structure to follow.

Certainly there were trials and tribulations along the way, but you knew roughly where you needed to be on any given day. After college ends though, holy hell it’s a mess out there. This is a film about that mess, and how a certain kind of guy doesn’t know how to deal with it.

It’s a film that I’ve loved since I first saw it because I’m exactly that kind of guy. And I’m here to say that it both gets better, and also, not really.

I have extremely vivid memories of the total paralysis that accompanied my own college graduation. I spent most of the next two years completely unsettled. Settling as an idea was the enemy, something to be avoided at all costs. I moved from short term job to short term job, eventually to no job at all, thanks to the incredibly low cost of living in St. Louis, Missouri.

I remember feeling like I wanted to do big things, but had no idea of specifically what those things were, or how to begin. I hugely envied people who had a calling, or a path, everything seemed so easy for them.

Eventually I decided that I should pick a place I wanted to be, rather than a person to be. I chose San Francisco, somewhere I had lived briefly during a college internship, and a place I had extremely fond memories of. I was immeasurably helped by two things; one that my parents had recently relocated to the Bay Area, and two that I had an old family friend offering me a job interview if I moved.

So, I grabbed one of my best friends and headed west. But, as it turned out, a scenery change only added more fun to my life, it didn’t help me to settle into it.

So, now I’m in my mid-thirties, and my life is pretty good. I’m tired of living in San Francisco, but I have a job that I like, a girlfriend that I love, friends that matter, and a sweet apartment in an awesome neighborhood. Objectively speaking, things are pretty great for me.

And yet I still resonate so strongly with this film. I still sometimes feel the pain of thinking that I’m settling, and being bothered by that. Not settling in any specific sense, like for something, but just in general. Like settling for not fully achieving my potential in some hitherto unexplored area.

It’s not a constant thing. A lot of the time I’m extremely happy with the life I’ve built. It’s just an occasional desire to throw everything into chaos, pack up my woman and my banjo, and do... something. I was feeling like that today, and I thought this would be the perfect film to re-watch. I was totally right.

It captures all of those feelings; the overwhelming fear, the indecision, the crippling moments of self doubt. It’s also incredibly funny, smart, and full of the usual witty Noah Baumbach-isms.

Some films are meant to be seen in some moods, and this one hit me perfectly today. It reminded me to get over myself, that my life really is awesome. It also reminded me that I can still do the things I want to do, and that I have a huge advantage by being solidly strong in a bunch of important life areas. And mostly it made me laugh at myself, which is something that I always want to do more of.

Anything that reminds me how utterly ridiculous I am will always be among my favorites. - Apr 11th, 2015