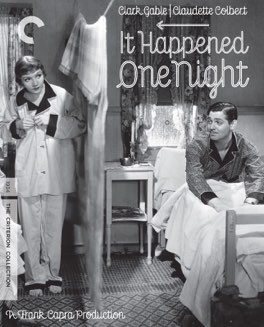 An entertaining film from Hollywood’s golden age. It had much to recommend, but it also made me think of the ways that a certain type of masculinity has negatively affected my life.

It Happened One Night

My grandfather was the single most stubborn person I have ever met. He was a true individual, a real man’s man. Someone who could make anything with his hands, and seemingly fix any physical problem he came across. I loved him greatly, and he taught me a ton about how to solve problems that come my way. But, there was always that stubbornness, which kept getting stronger as he got older. It prevented him, in so many ways, from allowing anyone else to help him. A fact that was difficult at the best of times and almost impossible when he got too old to properly manage his own affairs.

He was born in 1904, and so would have been 30 when this film came out. I have no idea if he ever saw it, but I would imagine he would have felt that the role played by Clark Gable was almost his perfect ideal of how a man should behave. I remember once asking him how he ended up marrying my grandmother, who sadly died before I was old enough to ask those types of questions. He told me that on their third date he told her they should “stop fooling around” and get married, and so they did. I don’t know if the story is true, he was a consummate exaggerator and teller of tall tales, a quality I definitely inherited, but it does seem like an almost quintessentially him way to handle things. I can see the Gable of this film doing the exact same thing.

The story follows an initially equally stubborn Claudette Colbert, as she runs away from home. She plays the daughter of a rich tycoon, who leaves because she wants to be with the husband her father doesn’t approve of. She ends up on the same bus to New York as Gable’s character, an out-of-work newspaper reporter who immediately recognizes the heiress, and sniffs the potential for a huge story. He helps her escape, but only as a means to the end of getting her story, and winning his job back. Initially the film puts the two characters on a refreshingly equal footing, but quickly begins to focus on Gable’s domineering will winning the heart of the otherwise supposedly self-sufficient Colbert.

That’s the film’s great flaw to me, we’re never sold on Colbert’s reasons for falling for Gable. He’s rude, he’s domineering, he’s basically insufferable, and she just simply can’t resist. He wins her over with a scowl and harsh words. Gable’s character in this film, which has been called the first ever screwball comedy, is that of a brash and arrogant man who treats everyone, but especially the woman he’s with, as obstacles that his will can overcome. He’s incredibly quick to anger, and once his mind is made up it’s hell or high water to anyone who challenges him. Not exactly someone you’d think the otherwise brilliant Colbert would be drawn to.

That was the American ideal of masculinity at the time, and it’s one my grandfather would have felt right at home with. It’s also incredibly sexist and destructive, and it makes the film harder to enjoy than I’d hoped. Still, I want to be careful here, I don’t want to try and judge the film by modern standards. I think that’s almost always a fool’s errand, pointless and unfair to the relative merits of the original work. This was also still a very entertaining film, and I enjoyed it, especially the witty repartee between the main characters. But, mostly, I just couldn’t help thinking about my own family, and the passage of time.

My father is also an extremely stubborn man, and so am I. But I’d like to think that my father is somewhat less stubborn than his was, and that I’m less so that he is. Certainly there remains value in standing by your convictions, of making up your mind and sticking to it. But, there’s also so much value in being open to new information, and to allowing the opinions of those around you to shape your own. Mainly there’s incredible value in allowing those you love to simply offer you help when you need it. These are the qualities that my grandfather struggled with, and these are the qualities that I hope I’ve added.

These are also the qualities that were missing from Gable’s character. He ends up being a one-dimensional person to me, which is ultimately far less interesting. It diminishes his character, and Colbert suffers as well. She starts out so incredibly interesting, a real foil for Gable’s jackass nature, and there’s so much potential for real fireworks. But, she ends up being used simply as another obstacle, just another problem for him to outlast. It’s made clear that she’s essentially a child, definitely not capable of running her own life. That’s a horribly outmoded notion, and it made the film harder for me to enjoy. - Mar 16th, 2015