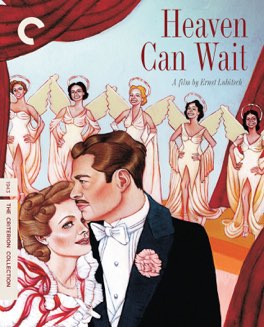 Both laugh-out-loud funny and incredibly tender, this was a wonderful film. It was beautiful, touching, and full of so many memorably great performances.

I think I must be addicted to blogathons, because here I am, writing for another one already! There’s just something I really enjoy about focusing my attention on a particular subset of film, it narrows the choice of what to watch and write about wonderfully. This time it’s a blogathon celebrating what would have been the 95th birthday of Gene Tierney. Tierney had a film career that spanned from 1940’s The Return of Frank James all the way to 1964’s The Pleasure Seekers, and a television career that continued all the way to Scruples in 1980. I chose this film from the early part of her career to write about.

The male ego is a hilariously fragile thing. We’re stereotypically the tough ones, and yet we crack under the slightest hint that we’re not quite the wonders we imagine ourselves to be. We’re capable of overlooking all of our slights and misdeeds, and yet expect almost total perfection from our significant others. This of course isn’t a new or big idea, but I’ve rarely seen it explored with as much of a deft touch as it is here. I found it both utterly charming, and a little bit infuriating. I cannot defend the actions of its main character, and yet I found myself completely captivated with his situation.

The film begins with newly dead Henry Van Cleve arriving for a private audience with the Devil. He explains that he believes he doesn’t belong in Heaven, and so attempts to convince Satan that he should spend his eternity down below. His way of explaining this is to tell his life story, saying that while he didn’t do any one big thing wrong, he did a million little things wrong instead. His story is that of the pampered woman-obsessed son of a rich New York family, who married a woman named Martha who was initially engaged to his cousin, and stayed with her for over 25 years. His main crime is his semi-unfaithfulness to her, although ultimately this is a love story, told through the frame of his confession.

It’s complicated to watch a film that is as beautiful and loving as this one, and yet is also about some level of infidelity in its main character. Henry may not be actually cheating on her, that’s left very unclear, but he’s definitely misbehaving. He’s so obviously madly in love with Martha, and yet he’s so clearly incapable for most of the film in growing up and treating her right. It left me unbelievably conflicted. There were moments in this film where I was legitimately touched by the simple love story between these two characters, and there were other moments where I felt a bit guilty for feeling that way.

I think it’s fitting that I chose to watch this film for the birthday of its leading lady, as it was ultimately her role that I found the most interesting, and the most complex. Her character is one of resigned tenderness and understanding. She knows the man she married, and she knows he loves her completely, and so she mostly allows him his misbehavior. She’s mostly a step ahead of him, and she’s clearly much smarter than he is. Only once in the film did she abandon him, but she quickly changes her mind There’s a really sweet moment near the end of the film where she reveals that she knew he was finally really hers when he let his tummy grow a little bit. It’s all incredibly touching and nice.

On the other hand, there’s still no denying that this is a story of a virtuous and impeccable woman who stays with her philandering husband long enough that she saves him. It’s a narrative that’s hard to swallow when I think too much about it. It’s true that he’s not a bad husband or father, and there’s certainly something noble and sweet about the two of them making their marriage work for the long haul. It’s just a complicated mixture, and one that walks a very delicate line in my head. At times I wanted to tell her to get away from him, that he didn’t deserve her. At the same time there’s was honestly a wonderful love story, one that reveals itself slowly throughout the film. I’ll need to watch it a few more times to decide exactly where I come down, for now all I know is that I loved it. - Nov 19th, 2015