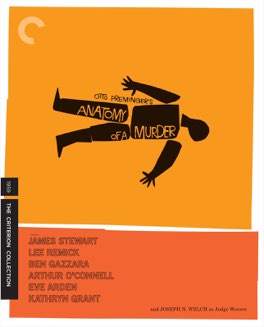 Anatomy of a Murder

An incredibly entertaining film, almost perfect in its story construction. It also delves deeply into some serious issues in our legal system.

As Neil deGrasse Tyson once said, eyewitness testimony is the lowest form of evidence in a scientific laboratory. It’s not quite nothing, but it’s very close.

What we require for our science is repeatable, testable, verifiable, fact. It’s somewhat troubling, therefore, that eyewitness testimony is the highest form of evidence in our legal system. People can be, and have been, put to death on the basis of little more than someone else claiming to have seen them do something.

It’s an argument for the idea of relativistic reality, or the notion that we cannot ever know truth in anything like an objective form.

The story follows small-town Michigan lawyer Paul Biegler as he takes on a case of murder. His army lieutenant client admits he shot and killed an innkeeper, but claims he did it because the man raped his wife. It appears to be an open and shut case, but Biegler finds a little known Michigan statute which creates precedence for the idea of an Irresistible impulse being used as a justification for murder.

He spends the film learning about the couple in question, attempting to prove that the rape occurred, and that his client was powerless against his own impulses in revenging his wife. Along the way we’re given more than a few contradictory stories, and we’re left with more questions than answers.

The film seems conceptually linked to Akira Kurosawa’s Rashomon, which came out nine years earlier. Both are concerned with the impossibility of objective reality. The main difference, is that where Rashomon is chiefly attempting to demonstrate the impossibility of anyone perceiving things objectively, this film assumes we already know that.

Where Rashomon is about the uncertainty of truth, this film is about the effects of that uncertainty. Specifically, what those effects do to our legal proceedings. There is a legal resolution to the central murder case, but that resolution is strictly, well, a legal one. Guilty or innocent is “legally” proclaimed, but we as the audience never satisfactorily learn the “truth”.

Ultimately, the film doesn’t care whether the defendant is “really” guilty or innocent, that’s all besides the point. The story continually avoids focusing on what “actually” happened, all we get is contradictory personal accounts.

Instead it tells us, over and over again, that reality is both unknowable, and also irrelevant to the situation at hand. That the only thing that matters is what you can convince a jury in court. There’s an incredible moment early in the trial portion of the film, where the judge instructs the jury to ignore something they’ve heard.

The defendant asks Biegler how a jury can unhear something, and Biegler answers that they can’t. Just in that one tiny moment the film makes a major point about how our judicial system really works.

I think that’s what’s especially wonderful about this film. The points get made with humor and wit; and so the big ideas are presented, but we never lose sight of this as entertainment. It walks the line perfectly, between pursuing ideas and diversions.

The film is long, very long, but it doesn’t feel like it. It’s offering up some serious stuff, but it doesn’t dwell on it, or hit you over the head. The thoughts bubble up later, after you’ve finished enjoying the story. It sent my brain off in interesting directions, without my even realizing it until I was already at interesting destinations.

That’s not an easy thing to accomplish, especially for someone who’s always thinking like I am. It’s a rare treat when a film pulls it off at all, let alone this well. What a wonderful film. - Aug 7th, 2015