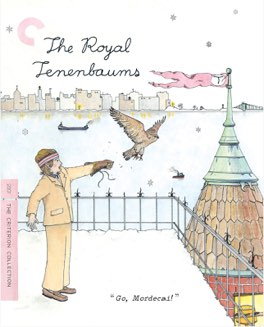 This time I saw sadness, and regret, and failed potential.

I’m not sure why people refer to this film as a comedy. Certainly is has comedic moments, and the typical Wes Anderson absurdity is abundant.

But there’s really nothing funny about the goals the film is trying to achieve, or the point it’s trying to make.

The first couple times I saw this film I don’t think I understood this. I don’t think I was really able to appreciate what was being accomplished here. Maybe I was too young, maybe I hadn’t been schooled enough in his style, but I just didn’t get it.

This time, watching it with older eyes, I saw something very different than I had before.

This time I saw a minor form of redemption for Royal Tenenbaum and the idea that it’s never too late to work to make things right. I saw people dealing with incredible grief but finding a way to get through. I saw myself and my family in a lot of ways.

I too was born with that great weight of “potential”, although certainly not to the degree of the characters here. But I have also had issues with what that means and how to deal with not turning out quite as extraordinary as it seemed like I should have.