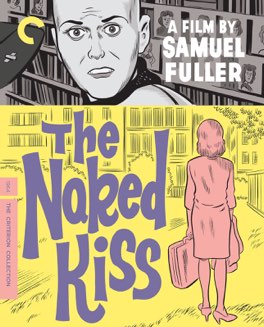 A daring, if highly flawed film, that tells its pulp story in some of the most interesting ways I’ve ever seen. I’ll be thinking about this one for a while.

What a ridiculous and goofy film. It’s pure pulp noir, like a cheap dime store novel, full of hard men and women with a past. The story is absolutely absurd, the acting is uniformly bad, the dialogue is sometimes painful, but still... I enjoyed this film. It’s just so brazen, so powerfully dark. In many ways it’s a film made ten years too late, it feels like a product of the fifties, even though it came out in the mid-sixties. But even for the sixties it’s bold, pushing right up against the lines of what was considered decent for the screen back then. It’s not a great film, but it sure isn’t one I’ll forget anytime soon.

The story starts off with a bang, a hooker beating her pimp while her wig falls off to reveal she’s bald. She knocks him down, but only takes $75 of the $800 she finds on him, because that’s what he owes her. It establishes her character as something a bit different in the seedy world she clearly inhabits. Next we flash forward a couple of years and our bald lady, now with a full head of hair, has arrived in a small suburban town, still prostituting her way through life. She quickly finds her first score but she also finds something else; the desire to change her life. Thus begins an insane story about the corrupt underbelly of American suburbia. This film must have been a huge influence on David Lynch’s Twin Peaks, with its story of the dark side of seemingly perfect Norman Rockwell America. If nothing else he clearly ripped the brothel from that show, One-Eyed Jacks, directly from Candy’s. The difference is that Lynch is weird as a style, whereas this film is just weird.

The film feels a lot like a Seijun Suzuki picture to me, full of all the same surrealistic and jarring cuts, as well as the typically terrible and incomprehensible dialogue. Suzuki was a contract director for Nikkatsu though, he had to make the plots they gave him. Samuel Fuller, on the other hand, not only directed this film, he also wrote the script. It’s interesting, therefore, to see how Fuller the director handles Fuller the writer. The acting is, as I said, fairly atrocious. The man our heroine Kelly falls in love with is laughably bad. He reminds me of every super tan bad guy from a mid-eighties buddy cop show, like someone you’d see on Simon & Simon. But even with the best acting in the world I don’t think it would make that much of a difference, the dialogue is terrible. The film also tries to squeeze a lot of stuff into a short time frame, which creates a naturally choppy feel.

Probably the single weirdest moment of the film comes near the end, when the handicapped children at Kelly’s work, all dressed in pirate costumes, suddenly break into what has to be one of the least appropriate, and most disturbing, musical numbers ever caught on film. It’s absolutely inexplicable and actually pretty creepy. It’s especially upsetting once you see where the story goes. I won’t ruin it here, but man... what the heck was Fuller thinking? All of this makes it sound like I didn’t enjoy this film, but that’s not true. There were definitely a number of moments that shocked me with their power and originality. The opening beating of the pimp absolutely has to be seen, it’s one of the most explosive beginnings to a film I’ve ever seen. There’s also a scene late in the film, where Kelly goes to a brothel on the other side of town to tell the madam to leave a friend of hers alone. It’s one of the most randomly awesome scenes I’ve ever seen and there are probably ten like it in this film. Fuller may have had a terrible ear for dialogue, and a horrendous sense of what was appropriate, but he sure could create a powerful moment. - May 1st, 2014