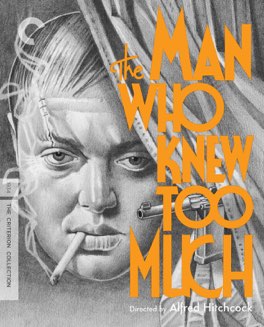 The Man Who Knew Too Much

This terse and tense wonder does more with its limited running time than film three times as long. It’s an absolute treasure.

So full of humor and wit, this is Alfred Hitchcock at his British best. It’s a stylish film, full of great lines and lasting images.

The scene where both sides are throwing chairs at each other in a church while an organist plays and one man sleeps is especially memorable. The whole thing plays out brilliantly, keeping us on our toes, grabbing out attention and holding it throughout.

We are treated to incredible performances across the board. Peter Lorre is absolutely wonderful as the creepy and evil villain Abbott, he imbues the character with so much personality and substance. Leslie Banks is a standout as a protective father who does the British thing and takes his, and his daughter’s, fate into his own hands.

This is a common theme in British films of this period, the stiff upper lip of their self-belief. Taking almost no notice of danger and never losing ones head, but always remaining calm and collected. So different from the way Americans think of ourselves, and how it reflects in our film heroes.

American stars of the period were funny, yes, but in a completely different way. Much more brash and loud, whereas the British were so much more refined and restrained. And so sarcastically hilarious.

This is also a beautiful film. The cinematography is absolutely wonderful, the blacks so rich and full. It really heightens the suspense of the story. The scenes, from a small village in Switzerland, to various parts of England, to the Royal Albert Hall are captured perfectly.

Hitchcock was already, even at this early date, adept in using the powers of his art to create wonderful visuals. The giant teeth over a dentist’s office in Wapping are a particular treat.

Really, the only complaint I have about this film isn’t really much of a complaint at all. It’s simply that Nova Pilbeam, who plays the couple’s kidnapped daughter, is so unbelievably annoying and spoiled that I almost didn’t want her to be safely rescued. Her parents, so capable at defending themselves from Lorre’s Abbott, were absolutely terrible at raising their child not to be an absolutely insufferable brat.