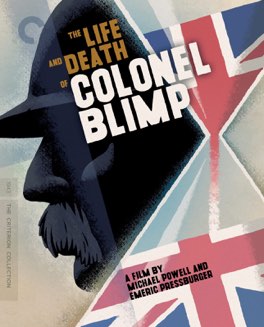 The Life and Death of Colonel Blimp

There are occasionally films that you have no expectations for and are absolutely blown away by. They are the reason we keep watching. This is a perfect film.

I find it so much harder to write about a film that I love than I film that I didn’t like.

With films I don’t like I can go on and on, and sometimes on and on and on, about the things I didn’t like. With films I love, however, there’s only so much praise I can heap on it before it starts to feel a little bit ridiculous.

So, what am I supposed to do with a film like this one? A film that I absolutely adored, that I treasured every minute of even as it was happening. There aren’t very many films this long, almost three hours, that are entertaining and captivating the whole way through.

This is definitely one of those.

This is a film about life, and death, and sadness, and the futility of aging. About one man’s life, but really about all our lives. About the inevitability of getting old, of feeling out of touch and being passed by. It’s also a film about love, about regret, about friendship, and about war.

The film needs all of its running time to tackle these themes and it does so perfectly. Ultimately, for me, this is a film about people. Major-General Wynne-Candy is the subject, but really all people are, nothing he experiences can’t be said for just about anyone. Through his eyes, his relationships, his friendships, we see ourselves.

To reduce a film of this scope to a simple synopsis isn’t easy, but here goes. The film starts in 1943 during World War II when our hero, played absolutely marvelously by Roger Livesey, is an old man. He is conducting war games for the Home Guard and one of his sergeants has decided to attack early. In the ensuing scuffle he claims that the younger man has no idea about his life and what has happened to him in the previous 40 years.

At which point the film switches to 40 years prior, during the Boer War, and proceeds to tell most of his life story from that point to the present. A lot of that story concerns his friendship with a German officer he first fights in a duel, played absolutely fantastically by Anton Walbrook.

Also worth noting is the performance of Deborah Kerr, who plays three ladies who are important to Major Candy, and does so marvelously as well.

There were so many wonderful moments in this film that I can’t really single them all out. The duel that introduces our soldier to his best friend. The dinner party where that same friend is being consoled over losing World War I. The impassioned story told at the immigration office. The conversation that happens after the radio broadcast. The ending, with its remarkable hopefulness. The way the entire film comes full circle. They are all perfect.

It’s a scary thought, to realize that we will all be old someday, that a new generation won’t know or care about what we accomplished when we were in our prime.

I certainly hope I’ll remember that the next time I meet someone with significantly more life experience than me. - Apr 5th, 2014