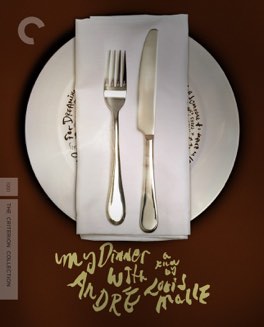 The film is an unbelievable accomplishment. To somehow remain both entertaining and enlightening, for several hours, while very little actually happens, it’s a masterpiece.

My Dinner with Andre

It’s unsurprisingly difficult to convince most people they would enjoy watching a two-hour film in which two characters have dinner together. A movie where literally nothing happens other than conversation and some food being eaten. But, if you could convince someone to watch this amazing film, they would find an almost impossibly captivating experience. One that’s hard to believe is as entertaining as it is, even while you’re sitting there completely spellbound.

The film features film, theatre actor, and playwright Wallace Shawn, having dinner with an old friend, theatre director Andre Gregory. The two haven’t seen each in other in quite a while and Shawn has heard from mutual acquaintances that Gregory has been involved in some weird experiences and is in a pretty bad way. Shawn is, therefore, not particularly excited about the prospect of spending an entire evening talking with his old friend. At first Gregory tells insane and fascinating tales of his adventures, including theatre exercises with complete strangers in a Polish forest, preparing a play about The Little Prince in the Sahara Desert with a Japanese monk, and being buried alive on Halloween. Throughout, Shawn merely listens and politely asks continuation questions. Then Shawn begins to speak and things get even more interesting.

Louis Malle was supposedly overwhelmed by the script and almost pleaded with Gregory and Shawn to direct it. This alone is pretty incredible, given his vast body of phenomenal work. And he does a mostly unnoticed and wonderful job turning what could be, even with the interesting stories and arguments, an incredibly boring film into something eminitely watchable. Through clever cinematography and a well placed mirror behind the dinner table he creates great art. If you can get over the idea that this will be “boring” you should really watch it, you’ll be glad you did. - Mar 22nd, 2014