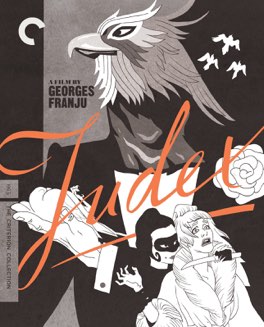 An absurdly entertaining and delightful film. Full of the best part of sixties modernism and fashion, with all the charm and intrigue of an old pulp serial, this was so great.

The only word I can think of to explain this extraordinary film is stylish. It’s unbelievably, almost impossibly, stylish.

It’s the classic crime caper; full of twists and turns, and of betrayals and revenge. It’s also a complex homage/remake of a 1916 silent serial, and it uses those roots to do fascinating things with film, things that I haven’t really seen before. It’s genre bending, mixing its pulpy crime roots with other things like sci-fi, and silent cinema. It’s got wonderful characters, even while its main hero is practically a cardboard cutout. And it’s got disguises, chases, and fights.

It’s effortlessly cool and marvelously inventive. Can you tell that I really enjoyed this one?

The story is necessarily complex, as is befitting its nature as a crime caper. It starts with Henri Favraux, a corrupt banker, who has recently received a letter from a mysterious man named Judex. The letter says that if Favraux doesn’t right his many crimes Judex will kill him at exactly midnight that evening. Favraux, not being the sort of man who is easy bullied, and assuming that this is just the beginning of a longer blackmail scheme, ignores the letter.

Well, mostly, he does hire a private detective to come to the party that he’s throwing that night. A party for both the 20th anniversary of his bank and also for the engagement of his daughter to a man she doesn’t love. Early in the film we are also introduced to Diana Monti, the governess for Favraux’s granddaughter, who turns out to be full of many tricks. At this point in the film though she’s just trying to get Favraux to marry her, in-between rendezvous with her secret boyfriend.

As the party starts we see an incredibly tall man with a bird mask covering his entire head. He heads into the party and we discover that the rest of the guests are similarly attired. Suddenly the tall man starts to produce pigeons from various scarves, as though he were a magician. And then, at exactly midnight, as Favraux gives a speech to his guests, he drops to the ground dead.

The story goes in about a hundred different directions from there, all of them incredibly beautiful. Every moment has at least something in the shot, or in the staging, that is remarkable.

There are too many such moments to even remember. The scene where Judex first appears, dressed in the bird costume, is one of the best reveals of a character in any film I’ve ever seen. There’s a scene later in the film where a woman is floating down a river, and it’s just ridiculous how beautiful it looks. Every moment of the film seems to have been designed for maximum beauty and interest.

The film is also chock full of ideas, from interesting uses of near silent film, to odd science fiction touches. There’s an incredibly cool moment where Judex writes a message to someone seemingly in thin air. And, because the film came out so long ago, all the effect we see are practical in nature. There is no CGI making the pigeons appear in Judex’s hand, or helping some people climb the side of a building later in the film.

There’s something so unfortunate about CGI, on the one hand it makes possible to show things that were simply not possible before, but on the other everything looks fake to some degree. These effects look absolutely real, and it’s so great. The acting is also fairly superb, with the main credit going to Francine Bergé as the villainous Diana. She is the perfect combination of dangerous, beautiful, and cool. And, while real-life American Magician Channing Pollock doesn’t actually do much as Judex, he does look incredibly cool and handsome, which is mostly what he’s here for.

What I find fascinating about this film, beyond all the technical marvels I’ve spelled out, is that it represents an impressive triumph of style over substance. The story here is almost totally unimportant. We never learn why most of the characters are doing what they are doing, or where they came from, but it just doesn’t matter at all. Everything is so impossibly cool and interesting that it almost didn’t even occur to me to wonder.

Character motivation, a linear sensible plot, none of it mattered because of how wonderful and entertaining this film was. The story wasn’t bad mind you, a bad story might have made even all this style not work for me. It wasn’t bad, it was just mostly inconsequential. I didn’t really care why these characters were doing whatever they were doing, I just worried for their safety or wondered what they were going to do next.

I am possibly more easily swayed by style than some, but I usually need strong characters to believe in, and here all I wanted was for the film to keep doing what it was doing. If I have a complaint, it’s that the film was too short; I could have easily enjoyed a few more twists and turns, and a couple more interesting locations. That’s a minor complaint though, I don’t remember the last time I saw a film this cool,

it really makes me excited to see Eyes Without a Face, another film by director Georges Franju that I’ll be watching soon. - Sep 10th, 2014