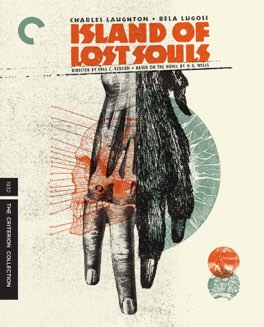 A super fun and clever early horror film; it’s overflowing with interesting ideas. It’s so wonderfully creepy and smart and well done, I really enjoyed this one.

Oh man, I love old horror films. There’s just something so much more interesting about what they come up with to scare us, based far more on situations and ideas, then in the ultra-gory visual horror films that come out today. This film, which came out in 1932 and thus in Pre-Code Hollywood, is a perfect example of the kind of film I love. It’s full of interesting characters, horrible plot twists, and sinister ideas. It’s scary, but not in a jump out of your seat kind of way; although apparently people actually vomited in theaters when it was originally released. Watching this film with modern eyes, it’s certainly much less shocking than that. So many films have mined this fertile territory for inspiration, and so there aren’t a lot of truly original ideas left that I haven’t seen before. Still, this is an unbelievably well done film, and one that I’m so glad I finally got to see.

The plot centers on Edward Parker, who while on his way to meet his fiancé has been shipwrecked and then rescued by a cargo ship. Montgomery, a disgraced former doctor tasked with transporting various wildlife to an uncharted island, has nursed him back to health. Parker defends one of Montgomery’s men to the ship’s drunken captain, and as punishment he’s unceremoniously dumped overboard with the cargo and Montgomery when they reach their destination. Initially this dismays the islands master, the mysterious Dr. Moreau, and he worries what Parker might see during his visit. But soon he spies an opportunity to test a theory he’s been working on. He brings Parker to his house for dinner and, afterwards, introduces him to Lota who he claims is a “full Polynesian” to see if they will fall in love. Parker and Lota seem to get along well, much to the delight of the strange doctor. The next morning Moreau accompanies Parker to the dock, only to find that the ship has been destroyed, which he claims must have been done by the strange natives of the island. Eventually he confides in Parker that his research is centered around bringing plants and animals forward in their evolutionary process. In the case of animals this turns them into dangerous horribly disfigured semi-humans. Lota is the one creation he has made that seems truly human, and he is hoping that Parker will mate with her thus proving his success. Around this time, the ship that Parker was originally on makes port and his fiancé discovers that he was abandoned by its captain. The American consulate dispatches another captain, with the fiancé, to go and find Parker.

This film is a classic cautionary tale on the dangers of unchecked and unbalanced science. Based on a book, The Island of Dr. Moreau written by H.G. Wells around the turn of the century, it was part of a culture of work that questioned the nature of humanity in the wake of modern discoveries like evolution. The film, as well as the book, deal with the desire of scientists to mess around with nature, and a seeming inability to question whether something that can be done, should be done. It’s honestly still extremely relevant today, it often seems to me that if something can be done someone is already doing it, somewhere. But should we be doing everything just because we can? Each scientific discovery leads somewhere, and it’s true that where we end up may not having anything in common with where we started, but there’s still the question of where the limit should be. Horrible genetic experiments on humans seem way over the line to me, and probably to most people, but what about genetic experiments on plants? This film seems to be saying that you can do whatever you want, but you’d better be ready to suffer the consequences, whatever they may be.

This film is so full of interesting ideas about the modern world though. From 1930s racist fears of Miscegenation, to the threat of supermen being attempted under Fascism, and the fear of the proletariat rising up and toppling the ruling classes. It’s all there, or can be found lurking, somewhere in this film. But, none of that is what makes it so unbelievably enjoyable to actually watch. That would be the incredible acting and unbelievable characters. It starts with the absolutely brilliant portrayal of Dr. Moreau by Charles Laughton. He imbues the character with so much charisma and sexual energy, while still remaining creepy and off putting. He’s the perfect mad scientist, clearly crazy but still just sane enough to make you question what he’s saying. It’s an absolutely stunning performance. None of the other actors come close to hitting that level, although they all do fine jobs, but it is worth mentioning that this film features an awesome performance, in a minor role, by Bela Lugosi. He plays the “Sayer of the Law” and he does it so amazingly well. It’s especially impressive how much he is able to do with just his eyes, given that the rest of his face is covered in hair. All in all, big ideas aside, this is just a super fun early horror film and I heartily recommend it to anyone who enjoys this kind of thing. You won’t be disappointed. - Sep 1st, 2014