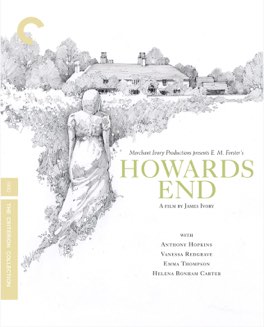 An extremely interesting look into the politics and personality of early twentieth century England, beautifully wrapped in a hilariously complex and rewarding story.

What a fascinating film, like a period piece version of a Fox drama from the mid two-thousands, but with some real heart and ideas baked in.

I had no idea that E.M. Forster, the author of the book it’s based on, essentially wrote extremely complex episodes of The O.C. I’m partially joking of course, but only partially, this really does feel like an absurd teenage melodrama, albeit a perfectly executed period piece of one.

There are a couple of decent messages embedded in with all that drama, and there are also a lot of moments of pure fun which are often missing from this sort of thing, but it’s still essentially about complicated situations and the people who get trapped in them. Still, it’s a wonderfully presented film, and I enjoyed it immensely, just like I did with those modern dramas which seem to inherit from it.

The story is appropriately fiendishly complicated. It revolves around three families, who represent the various sides of Edwardian England. The Wilcox family, an old money sort of capitalist archetype, with the requisite cold and logical head, and horribly spoiled children. The Schlegel family, idle rich descendants of a German father and English mother, who spend their time going to lectures and joining societies to discuss the problems of the day. And the Bast family, a down on their luck couple who are simply struggling to get by in a world that’s designed in practically every way to destroy them.

Their lives become intertwined through a series of coincidences and they begin to affect each other in big and small ways. Helen Schlegel, who is played with a somewhat more reasonable level of fury than is usual for Helena Bonham Carter, is briefly engaged to one of the Wilcox’s, and although that peters out fairly quickly it leads to most of the resulting drama.

In an effort to smooth things over, her sister Margaret, played with an incredible mixture of strength and personality by Emma Thompson, befriends the matriarch of the Wilcox family. They get along so famously in fact that before the woman dies she tells her husband to leave her families home, the eponymous Howards End, to Margaret.

He decides not to do that and this triggers many of the interactions between the various characters. The Basts come in when the husband of the family, Leonard, has his umbrella accidentally stolen by Helen. It would take me probably a couple dozen more paragraphs to summarize everything else that happens, suffice it say there are twists and turns galore and the whole thing is incredibly fun and interesting.

There are a couple of things that make this such a wonderfully lovely film. The first is the acting, it is across the board pitch perfect. Anthony Hopkins is so great as the Wilcox patriarch, the very model of this era of older English gentleman. Thompson, who won the Academy Award for this film, I’ve already mentioned, but everyone else in the film is great as well.

There is no weak link here, the entire cast does a truly remarkable job creating not just archetypes, but also real people that you can identify with and care about. The next thing is the film making itself. By this point Merchant Ivory had made 26 films, they knew exactly what they were doing and it shows.

This is a masterpiece by a creative team at the very height of their powers. The set decoration is impeccable, it really feels like Edwardian England. The costumes are spot on, the scenery is beautiful and appropriate, the entire film creates the perfect sense of time and place that is crucial for any kind of period film to be successful.

And the last thing is the ideas that are being presented here, this is a ridiculously dramatic film, as I’ve mentioned, but it’s also one that is attempting to talk about something real, and the film does a really phenomenal job of allowing that to happen, without drowning out the story and becoming preachy.

Ok, so what are these messages I’ve alluded to? The film, and the book it’s based on, is essentially deconstructing the class prejudices and challenges of the era the film takes place in. This was a time before women’s suffrage had happened in the UK, and during a period where it was essentially impossible for anyone to move from the class they came from in any direction but down.

The film takes these people, who all represent factions in that world, and throw them together out of human feeling and coincidence. This is a brilliant thing to do, because it means that, while they spend some of their time talking about the challenges they face and expounding on causes they believe in, it all happens in service of the plot, instead of an external agenda.

These aren’t ideas on display, they’re people, real people with real concerns and problems. The wealthy capitalists, who are worried that they are being taken advantage of, and who show a complete disregard for the wellbeing of their fellow citizens. The bourgeoisie middle class, who don’t really have struggles, but are much more enlightened, and who want to make the world a better place. And the lower middle class, who find that when they get down on their luck they can’t really get back up.

The one notably missing group is the lower class, E.M. Forster was apparently very specific that they novel wasn’t concerned with “the very poor.” But even without them these are still three very different groups, with very different agendas, all of which are well presented throughout the course of the story.

It all ends up coming together as a delightful, thoughtful, and fabulously entertaining film. - Jul 23rd, 2014