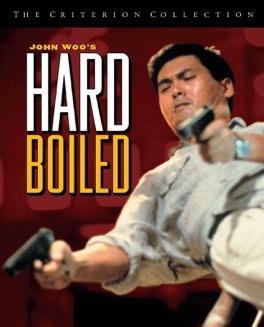 A nonsensical tale of good versus bad that plays out in the most epic and enjoyable way possible. What a great film.

My dad has truly terrible taste in films. Really, absolutely, horrible. We always say, if it has more than two stars he’ll probably hate it. The dumber and more action packed the film is, the more he likes it. He wants cold guys, bad choices, and hilariously awful acting. He would absolutely love this film. But, you know what? So did I.

It’s true that the story here is pointless and confusing. The screenwriter actually died during production and they were basically just figuring it out as they went along. New characters are added that don’t tie into the plot and nothing really makes any sense. The dialogue is absolutely terrible, people seem to speak in shouting matches with little point or plot. The opening scene, which features some truly epic gunplay in a teahouse, was created before the script was even begun, solely because the location was about to close and the staircase inspired director John Woo. But none of that matters. The film is just so stylish and the action is just so great.

A cop who moonlights as a jazz clarinetist? John McClane he’s not. But the cop in question, Tequila, played perfectly by Chow Yun-fat, is nevertheless just as bad ass and awesome as McClane ever was. He’s cool and defiant, getting into screaming matches with just about everyone, just about all the time. His counterpart, an undercover cop played by Tony Leung, is his opposite in almost every way. Wrecked with guilt and emotion, distant and sad, he provides the other side of the super-cop coin; he just wants to find someplace to be at peace.

Things sort themselves out predictably; bad guys are found, people are killed, battles are won, cool lines are said by all. But none of that matters either, because they whole thing is just so audaciously stylish and beautiful. The cinematography is incredible, this is “bullet ballet” at its peak. Every scene features a truly ludicrous number of shots fired, guns that are never out of ammo except when it heightens the story, and about a billion extras being shot way too many times and falling into everything. It’s absolutely stunning. This is the action genre taken to its logical extreme, and then a little farther for good measure. And it’s all just so much fun. - Mar 24th, 2014