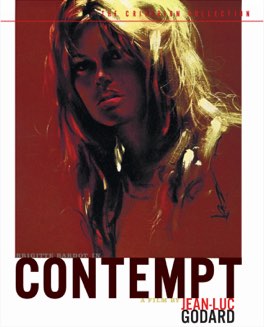 As emotionally affecting a film as I can remember seeing in forever. This film made me feel so many things, all at once, and there’s really no higher praise I can give a film than that.

I don’t know how to start writing about this film, it had such an effect on me that I’m left almost speechless.

I spent most of the time I was watching in an uncomfortable state of sadness about the inevitability of what was happening on screen. If that doesn’t sound like a particularly pleasant way to spend an evening I’d understand, but really this is an absolutely astonishingly good film.

Anything that makes you feel so strongly for the characters involved, and for the story that is being told, is a masterpiece as far as I’m concerned. The power of film is to move us, to make us think, and to create an emotional response in us. This film did all three of those things in heaps.

The story starts with a couple in bed, the husband somewhat older than the wife. The wife, Camille, played by the inhumanly beautiful Brigitte Bardot, is asking her husband, Paul, about each of her body parts and how he feels about them. Paul tells her he likes each one, but in a lazy sort of way, and finally she tells him that means he must love her completely. His response is to say “Totally, tenderly, tragically.” That tragic part is what the film is about.

We learn the next day that Paul is a writer, and has recently been approached to do some rewrites on a terrible film adaptation of The Odyssey, directed by Fritz Lang, who does a phenomenal job playing himself. Paul agrees to do the rewrites even after seeing first-hand that the producer is a totally stereotypical American jackass.

Camille comes to meet him at the studio and the producer suggests that she ride back to his house without her husband, and that Paul follow them in a cab. Over her objection Paul agrees, seemingly without thinking, and heads off separately. From the moment he does this things turn dark for their relationship.

Suddenly Camille doesn’t seem to feel the same way about him as she previously did and he spends the rest of the film trying, and mostly failing, to figure out why.

This is the story of the failure of a marriage, of the destruction of love. In that way it’s very similar to Journey to Italy, and in fact at one point the characters here exit a screening of that film. Unlike Journey to Italy though, there isn’t really any chance of anything like a hopeful ending. Paul represents an absolute failure of a husband; he has mostly checked out by this point and doesn’t even seem to really care that he sends his poor wife off alone with this obviously predatory producer.

From that moment he has clearly shown her that she isn’t important to him, he really doesn’t care what happens to her. The film was supposedly an apology of sorts from its director, Jean-Luc Godard to his actress-wife Anna Karina, and you can see that in the way it totally sympathizes with the Camille part of the story. She is presented as clearly being the wronged party here, even when she does some things that are not particularly nice to Paul.

He is the cause of all of this after all; he doesn’t respect her or treat her all that well, and he seems to be willing to sell her out in a moments notice. I don’t think he intentionally sent her off with the producer, but simply by not caring enough to think what that would mean to her, he shows her how he truly feels.

As I said at the beginning, this film made me incredibly uncomfortable. I could easily see the train wreck as it was unfolding and I just wanted to yell at Paul, to shake some sense into him, and prevent him from making all of the terrible mistakes he was making. I kept hoping against hope that he would turn things around, to do something that would prove himself worthy of his wife’s love. But he never did, and really he never could, it was simply not in his rather skittish nature.

Camille was right about him, he hadn’t done the horrible thing she thought he had, but he might as well have. Through his own inaction he created the situation he supposedly most feared, and even when he was in the middle of it he didn’t seem to have the presence of mind to figure it out and turn things around. There were definitely chances for him to do the right thing and yet he never did, not until it was far, far too late.

I felt uncomfortable for what was going to happen, and I also felt extremely sad for the characters involved. Paul was kind of a dope, but he didn’t deserve what happened to him, and neither did Camille. It all feels like Godard was drawing a parallel to the plot of the Odyssey, and making the point that this was simply fate, that these characters could only have this ending.

That would mean that none of this could have been prevented. I really want to believe that’s not true. - Oct 1st, 2014