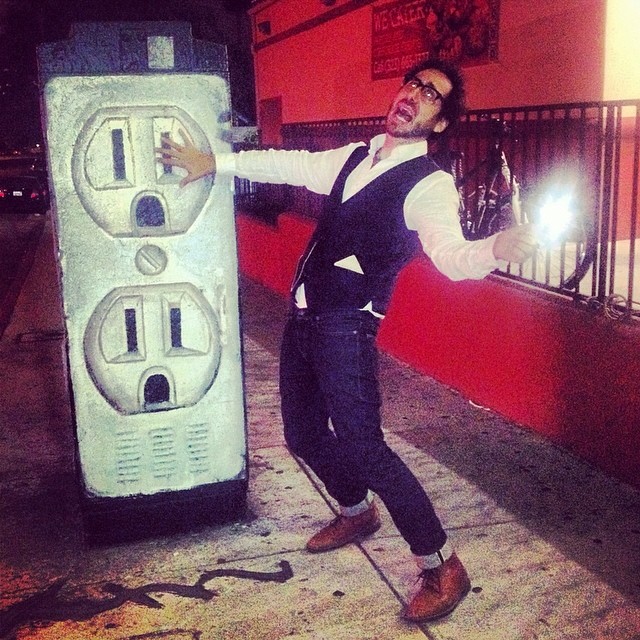 Portrait of the author shocking himself on a vacation to Los Angeles. May 2014

I started this blog in February of 2014, initially simply because I wanted to try out the Octopress static site framework. I've since switched to the Publish static site framework. I went with writing about film because I needed content and I'd already been posting small thoughts to my Letterboxd account for a couple of years. Initially the content here was a mixture of Criterion Collection releases and whatever else I happened to be watching. Quickly though, my thoughts started to morph from a sentence or two, a paragraph at the most, to the longer form work that I post today.

Around the same time I decided to try and acquire the entire collection on physical media. It's a pretty silly idea as physical media is definitely in its twilight, but there's just something so satisfying about holding the beautiful packaging Criterion puts together in your hands. Currently I'm at 1028 of the released mainline and Eclipse titles, as of January 2020. I only review titles that I've already purchased, so that I can watch them in the highest quality available, but other than that I'm not reviewing these in any specific order.

There are very few rules around here. I don't post on any particular day, or at any particular time. I don't care about spine number order, or chronological order, or any other predetermined path. I tend to watch releases from a specific box set in the order they are in the box, but even that's not always true. I want to eventually post something for every single release that has a spine number in the collection. For the box sets that have a single spine number, like Les Blank: Always for Pleasure, I'll sometimes write one essay for the entire box set. On the other hand, I've written a separate essay for each of the titles in the massive Zatoichi box set, and I'm more and more following this pattern.

I used to include ratings for these films, but at some point I stopped. What I'm doing here has evolved over the years to the point where I no longer consider these reviews in any traditional sense. Instead, I'm trying to find something that interests me to write about, for each particular release. Sometimes it's the film itself, sometimes it's something else it made me think about. If you really want numerical quantification you can find it on my Letterboxd.

I want to take a moment to link to some other sites that are on the same mission as I am, most of whom have been at it quite a bit longer than me. Exploring things in chronological order of release is the fascinating Criterion Reflections podcast, by David Blakeslee. He's up to 1971 as of this writing, and it's so great to journey with him through the history of cinema. He also helps out over at CriterionCast, a site I'm also a part of, where you can find reviews, as well as podcasts, and basically everything having to do with the collection. Jamie S. Rich is a comics author who also blogs about the collection at Criterion Confessions. Aaron West produces a variety of podcasts about the collection, as part of CriterionCast. Daisuke Beppu makes videos about the collection for his YouTube channel. They're all awesome and deserving of a perusal as well.

There is no commenting feature on this site, but I would love to know what you think about the films, or my entries. The best way to share your thoughts is to tweet @danieltiger, or to email me at cinemagadfly@danieltiger.com.