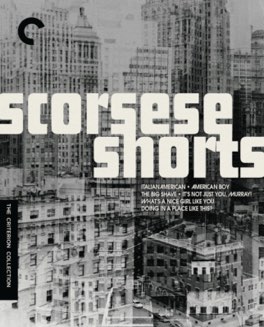 Sets like these are what makes this collection so special. I devoured this, and enjoyed everything I found.

This set divides up into two halves. The first is two medium length documentaries that Martin Scorsese made in the seventies. The second is three shorts that he made while still a film student at NYU in the sixties. The film school shorts are fun. I don’t have much else to say about them other than that. It’s cool to see that even a big shot like Scorsese, of course, started somewhere.

The two longer documentaries are something else though. Both affected me strongly, and both showcase an artist much more in command of their artistry. They both utilize tricks and techniques that are both effective and fun to think about. They are decidedly not of student film quality.

American Boy is a night hanging around with a great storyteller. A specific type of storyteller. It’s the guy who has lived a hard life of drug addiction, and all of the wild encounters that can entail, and has escaped mentally mostly intact. I have known guys like Steven Prince. I have hung out with them and listened to their stories. I have experienced the unsettledness of not knowing what they will say or do next, of feeling like things might take an uncomfortable turn. I have enjoyed some of those nights a great deal, and this brought me right back. - Aug 12th, 2021