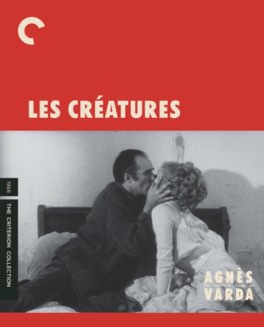 There’s something here. A lot of it is a muddled mess, but there is something.

I didn’t enjoy this film for the vast majority of its runtime. I was watching along, thinking that it just wasn’t for me. That, on its own, isn’t that unusual. What is somewhat less frequent though, is that as I thought about it after it ended, I realized I had enjoyed it after all. Sometimes it takes until the very, very end, to find the thing in a movie that you resonate with.

In this one, I think I didn’t quite understand what was going on. The film doesn’t hand hold the audience, with its layering of fantasy and reality. It wasn’t until the end, when I realized that most of the things that were happening were only in the script of a book a writer was writing, that I began to be on Varda’s wavelength.

What I find interesting in this film is a moment very near the end. The writer I mentioned, Edgar, has imagined a terrible duel with a reclusive scientist who lives in the town. Edgar has won the duel, but at the cost of the life of the scientist, who fell from his high tower into a glass building below.

Edgar is talking to a local, who mentions that the scientist has committed suicide. He jumped from exactly the spot where Edgar imagined he fell in the duel. Suddenly art becomes disturbingly real. We have probably all imagined the people around us in various situations, how terrifying when they play out in a similar way to our imagination!

Edgar didn’t “cause” the death of the scientist, not in any type of causality we understand. But he is connected to it in his mind. It’s fascinating thing to think about. Does he feel any sense of culpability, no matter how ill-placed? I would for sure. How can you not, when you sent that kind of energy around? - Nov 28th, 2021