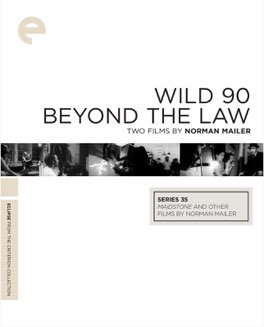 Please, don’t watch this. Let me take the hit for you. You won’t enjoy it. It’s awful.

This is a pointless, self indulgent, offensive, useless, pile of garbage. Whatever story there is would fit on a cocktail napkin and the whole thing is absolutely bereft of any kind of cinematic or artistic merit. The only reason any of us even know it exists is because of its maker, the famed author Norman Mailer.

It’s an interesting thing. There’s something that convinces people who are very successful in one artistic medium, that they will be equally as successful in another. By success here I’m not talking about financial success, but rather artistic success.

This is not a successful attempt. Not even close. Perhaps unsurprisingly, the worst of it comes from Mr. Mailer himself. He is an absolute abomination as an actor. He’s difficult to understand, nothing he says adds any value, and most of the most offensive remarks come come out of his mouth.

It’s interesting to me that I seem to be drawn towards awful films lately. I’m not sure why. Maybe it’s something about the energy of hating something trivial, which is almost comforting in a time of real and horrible hate outside the walls of my house? I don’t know.