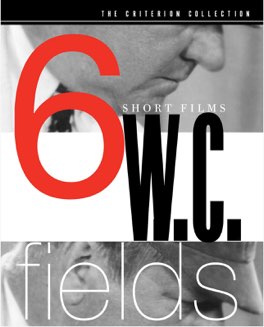 Ugh. I hated these all so, so much. I am led to believe that there are people who find this funny. I do not understand why or how.

The world that W. C. Fields creates in these films is a mean, ugly, stupid, crass, cruel, and arbitrary one. These people are all absolutely awful to each other. There is not one shred of a sense of empathy to be found. It’s a world where love is anathema, and feeling is expressed purely in acts of pointless violence.

In most of the films, Fields himself is the worst offender. He’s just plain mean. He barks at everyone around him. He’s racist. He’s sexist. He physically assaults most people he comes into contact with. He’s rude. He literally commits or threatens to commit violence against women and children.

For what? There’s almost nothing to laugh at here, unless you take pleasure in arbitrary cruelty. If you do, you probably also enjoy what’s happening in this country right now. This is the humor of a cold, unforgiving world. Of people who think the suffering of others is funny. Of people lacking even basic human values like compassion.

I just cannot fathom what anyone finds even mildly appealing in these films. They aren’t smart, they aren’t clever, they aren’t even really trying to tell jokes or set up comic situations. They are simply a boorish unpleasant man, who is bad at everything, but in a non-amusing way, going through a cold and unfeeling world where everyone is awful to everyone. It’s almost a cry for help, but mostly it’s just not funny. - Sep 4th, 2020