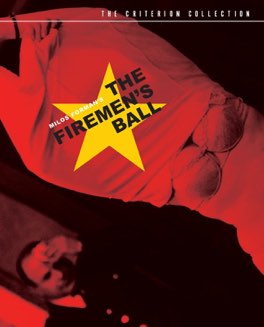 A comedy that isn’t particularly funny isn’t much of a comedy. This was mostly a miss for me.

I’ve discussed Allegory many times here before. It’s an incredibly powerful tool, that can also be horribly misused.

When it works, it’s great. When it doesn’t work, and the viewer doesn’t connect with the meaning, it can be a complete disaster.

This might be the first film I’ve written about though, where the allegorical message is being assumed by the audience, over the objection of the filmmaker.

This film tells the story of the title. The firemen of a seemingly small Czechoslovakian town are throwing a ball, in order to give their former chairman a gift. The film follows them preparing for the event through the actual staging of it.

Everything basically goes wrong. They are running a lottery, but the prizes keep disappearing. They are trying to hang a banner but the ladder falls and the banner is destroyed. They want to have a beauty contest but they creep out all the possible competitors. It’s a comedy of errors.

Supposedly this is all a commentary on the ruling party of the time. The film was made at the end of the rule of Alexander Dubček, under whom the censorship rules were temporarily lifted. Shortly after its release the Prague Spring happened, censorship was brutally reinstated, and the film was “banned forever.”

Director Miloš Forman has denied that the film is anything other then a comedy. He claimed that he just wanted to represent the world as he saw it, and any allegorical meaning is unintentional. On the other hand, he didn’t deny the possibility of the allegory being true.

I don’t know if he intended this to be a criticism or not, and I don’t know enough about the politics of the time to know if it is or not. I didn’t find much of a commentary.

I could see an argument that this is anti-firefighters, silly though that would be. But we know that’s not true, because Forman toured the country making sure no-one thought that, because it upset him that some people did.

So, if the director claims there’s nothing to see here, all I can go on is what I find myself. I didn’t find anything much, but then I’m not well trained to look. - Mar 21st, 2020