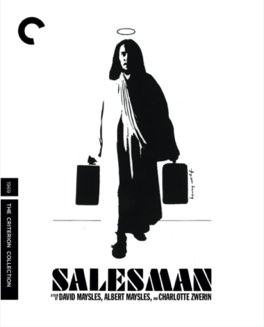 It’s a fascinating look at a subject that I find overwhelmingly sad. Which doesn’t exactly make for a fun experience.

The person of the salesman has a generally disreputable perception. I don’t think that’s all that surprising really. Their entire job is to convince people to part with their money, not because of any genuine need, but simply because the salesman wants to have it. The salesman might even be an honest person, who doesn’t try to trick anyone, but the incentives remain completely misaligned.

The modern world has, at least on the consumer side, less salespeople than it used to. These days products have a price, you know the price, you pay the price if you want to. No one is showing up at your door to try to sell you anything. Of course, there is an entire industry, worth an ungodly amount of money, to figure out what you want and to market to you. But still, you aren’t forced to deal with anyone directly trying to “convince” you of anything.

If this film is anything to go on, that’s a good thing even for the poor saps who worked as door-to-door salesman. What an awful, awful life. The men in this film in particular, are preying on poor people. Using their adherence to a religion to part them from what little money they have. They are lying, cheating, and swindling these people out of their cash. And for what? Are these salesman making tons of money and living the high life? No. If anything, they seem to be barely doing any better than the people they are selling to. The entire thing is just depressing. Good riddance! - Sep 6th, 2020