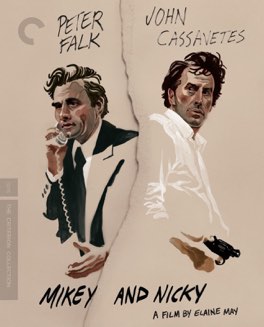 I truly do not understand the love for this movie. The characters are whiny annoying jerks. The plot goes nowhere. Nothing of any interest happens and there is no great insight. What do people like about this?

There's an excellent essay from the sadly now-defunct YouTube channel Every Frame a Painting that sums up a lot of my problems with this film.

It's about the nature of storytelling, and it's well worth watching. Essentially, what it says is that a great story is told with a mixture of “therefore” and “but.” That is to say, that a thing happens, and therefore something else happens. But then that something causes something else to happen, and the cycle continues.

It's an endless stream of events, that lead to almost nothing, and are never interrupted by anything with any narrative heft. A friend of mine described it incredibly well as the “world’s longest improv scene going nowhere.”

That's how the film feels because that's exactly what it is. This is almost entirely improvised. From what I've read, the actors were given practically unlimited freedom to create the story as they went. Wow does it show.

The basic premise is a good one. Nicky is a small time crook who has stolen money from the mob boss he works for. There's a hit out on his head and he knows it. He's holed up in a rundown motel, trying to find a way out.

In desperation he calls the one friend he has left, Mikey, who got him the job and works for the same mobster. The film plays on the ideas of friendship and trust. Those are interesting themes and could be the basis of an interesting film.

Unfortunately, the whole thing is an exercise in pointless bickering and random nonsense by two pretty loathsome characters. I was hooked into the initial story, until I realized two things. The first, is that both of these men are awful, and I really didn't care if Nicky made it or not.

The second, was that absolutely nothing was going to happen. The whole film is them deciding they're going to go somewhere, then not going there, only to go someplace else. They make no real attempt to have Nicky flee, nor do they do anything to make his staying possible.

Instead they just wander around, seemingly aimlessly, arguing all the time. They go from hotel, to bar, to cemetery, to the streets. It's all lacking in any point or meaning; so utterly pointless.

I think I just don't like films that are nothing but raw examinations of terrible men. I mentioned this many years ago with Five Easy Pieces, an infinitely more interesting film than this one, and my opinion hasn't changed. - Feb 1st, 2020