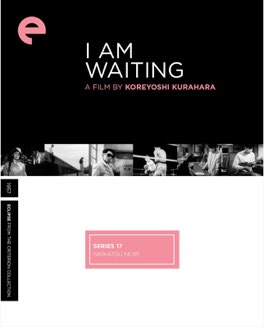 More stylish than good, with a plot that takes way too long to develop. Still, it’s so damn cool looking that I don’t really mind.

This is the story of two loners who are thrust together despite their desire to simply be forgotten. Joji is waiting to hear back from his brother so he can move to Brazil and leave Japan behind. Saeko, on the other hand, is a club singer whose life has left her contemplating suicide. In a moment that even he doesn’t understand, Joji helps Saeko, and their stories become permanently interconnected.

The answer to all of those questions I asked is obviously yes. That doesn’t make it any less traumatic or hard, to realize that someone has entered our life who is going to force us to change what we’re about. Joji believes he has nothing left in Japan, and therefore there is no point in even living. Instead he’s just existing, waiting for his ship to come in. Saeko, on the other hand, doesn’t believe she’s worthy of love, or anything else, and has therefore gotten involved with a very rough crowd.

The film has a surprisingly happy ending for a supposed noir. It’s the idea that even though the deck may be stacked against them, they can still overcome their challenges and be together. They can forge a new life that leaves the old broken mess behind. - Aug 8th, 2020