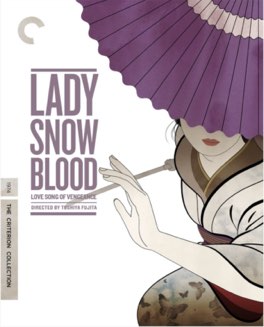 Beautiful and crazy. In neither respect does the film match its predecessor, but that’s ok, almost no films do. This remains a good time and well worth watching.

Building a franchise after a successful film is a very tricky business. The past is littered with failures, and until recently the notion that a sequel might actually be decent was mainly an exercise in hope. This is why when we have long-running series like the Bond films, or Zatoichi it’s remarkable. It just isn’t easy to do. This film is an honest attempt at it, and while it fails, it’s a lot of a fun along the way.

The story this time is set more than a decade after the conclusion of the previous film. Yuki has spent the long years on the run from the police, and it’s clearly taken its toll. When she finally gets captured she seems resigned to her fate. The universe has other ideas however, and she is broken out of jail by the head of the secret police. He wants to send her as a covert spy and assassin to the home of a leading anarchist, to recover an important government document that could spell the end of the regime. Initially Yuki plays along, but after getting to know her target she inevitably switches sides. From there things get predictably, and insanely, complicated.

The problem with this film is that the first one had such a clear and overwhelming motivation. Yuki is, essentially, the living spirit of vengeance; she was brought into this world purposefully by her mother to right a wrong. Once she’s succeeded at that she doesn’t really have a purpose. The film attempts to turn her into a sort of roaming spirit, reluctantly solving problems as she goes. A bit like a cross between Zatoichi and a Japanese 70s-era Incredible Hulk.

This is theoretically a fine idea, but because her original cause made so much sense, and had taken her literally her entire life to fulfill, anything else is bound to ring a bit hollow. The film tries to microwave feelings of revenge, and they come up a bit lukewarm. - Jan 16th, 2019