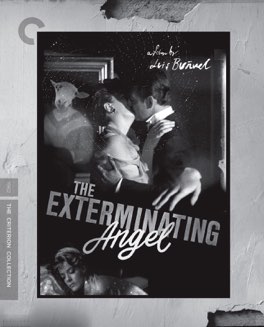 Entertaining and visually inventive, if a bit one-note and on the nose. Still, I greatly enjoyed it, and I admire the audacity it took to create it.

Silvia Pinal, one of the actresses in this film, remarked in an interview that director Luis Buñuel had invented reality television with this film. In a real sense what she said makes a lot of sense. Much like reality television, the purpose of this film is to showcase what happens when people stop being nice, and start being real. What happens is they turn into unrepentant assholes. As it turns out, a lot of social niceties are in place simply to prevent jerks from fully exposing the rest of us to their jerkyness.

This film tells a rather simple story, and in some sense the entire thing is one long sketch comedy scene, stretched out to a full ninety minutes. A group of bourgeoisie “friends” return to one of their houses, after a play, to have a late dinner. Inexplicably, all the servants, save one, leave the house upon their entry, risking their jobs in the process. At the conclusion of the meal, the guests all suddenly go to sleep in the drawing room, and the next morning discover they’ve lost the ability to leave the room they are in. From there we watch as the inevitable breakdown of society commences.

This idea, that the rich are just jerks in thin disguise, isn’t exactly new. There have been satirical portrayals of the bourgeoisie going back to their emergence after the French revolution. Buñuel just does a particularly unsentimental job of showing the cracks that exist in their precious social order. The idea is it’s all so much fakery. I’m personally very much on the fence as to what the solution is. Are we all destined to become like these people? Are poor people any more inherently noble than rich people? Can a society exist where people are simply good? Aren’t we all complicit in this behavior in some way. The film doesn’t answer any of these questions, but then it doesn’t have to, the important part is it reminded me to ask them. - Oct 26th, 2018