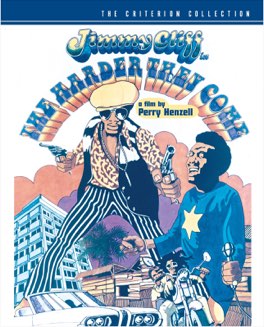 A fascinating look at a time and place I know very little about. Full of incredible music, and memorable characters.

The Harder They Come

This is a hard film for me to deconstruct. In many ways it’s two films, awkwardly forced into one. The first I really enjoyed, all about a young country kid making his way in an unfamiliar city. The other, a pretty off-the-wall gangster narrative, was less appealing to me. Primarily it was a joy to see a film focused on a place I know so little about. This felt like a window into a certain period of the Jamaican self.

The film follows the story of Ivan, a young man who had grown up outside of Kingston somewhere. He moves to the big city when his grandmother dies, and quickly has all his naivety dispelled. His mother sends him to a brutal preacher for help, and through this man he meets his eventual wife. He wants to make a record, of a song he wrote, and he’s lost in the new sounds of reggae that are all around him. Eventually, the film takes a weird turn into a drug dealing subplot, and things just keep getting stranger from there.

Ivan is essentially a folk hero. His story is meant to be as typical as possible, right up until the moment he does something absolutely incredible. His story is a legend, and that’s perhaps why it’s so ultimately unbelievable. The best part of the film was the utterly believable part, where he navigated the rampant corruption of early 70s Kingston. It’s a journey of discovery. Of realizing that his beloved record industry is totally corrupted, only dedicated to someone else’s profit. The legend didn’t resonate nearly as strongly, but then it wasn’t made for me. - Apr 5th, 2017