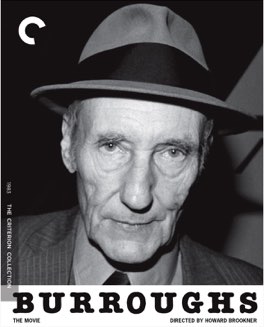 This film is definitely for someone, it’s just not for me. I don’t particularly care about the topic, and I was mostly depressed while watching the film.

I suppose I just don’t find junkies very interesting anymore. When I was younger I was fascinated by them.

It’s the bohemian lifestyle. The classic self destruction of it all. There’s something toxically appealing about self-immolation as an aesthetic choice.

Spending quite a lot of my twenties around actual junkies cured me of all of that. Now all I see are the wasted lives, and the lost potential. I see the faces of all my friends that didn’t make it out, or did, but in such a diminished capacity that it’s hard now to look at them.

This is a documentary, ostensibly about the life of William S. Burroughs. He was, with Allen Ginsberg and Jack Kerouac, one of the most well-known of the Beat Generation writers.

It’s a documentary about his life, but also about the cultural events that surrounded it. The film combines readings that he gave in his later years of his books, with interviews with him, and fellow beat legends. Mostly, they talk about all the horrific things they did to themselves and their loved ones.

The saddest story is that of Burroughs son, who was also an author of some renown. His mother took amphetamines while pregnant, his father murdered his mother in a drunken game of "William Tell". The fact that he survived as long as he did, and accomplished anything with is life, is frankly a bit astonishing.

But to watch him, near the end, was painful. He never had a chance to evade the demons his parents mistakes saddled him with. There’s a lesson here somewhere, more profound than “addiction is bad,” but I haven’t figured out exactly what it is yet. - Nov 19th, 2017