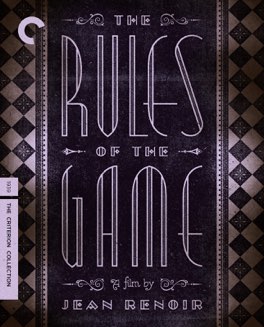 A surprisingly modern and funny film, it holds up incredibly well for its age. Witty, charming, and eminently watchable. I’ll be returning to this one again.

The Rules of the Game

It’s appealingly quaint that Jean Renoir originally screened this film for a right-wing audience. It’s even more quaint that he was shocked at their overwhelmingly negative reaction. Quaint, because this film, for all of it comedy and charm, is a clear repudiation of their society. Renoir was attempting to showcase the disintegration of the French upper-class, in the face of the imminent World War II. That his audience, made up almost entirely of the very people he was lambasting, openly booed him, is therefore not all that surprising.

The story begins with the landing of a famed aviator who has just completed a record breaking transatlantic flight. He’s being interviewed by overjoyed reporters, but all he wants to talk about is his disappointment that the married lady he’s in love with didn’t show up. Her husband is so moved by this gesture, that he decides it’s time to end his own affair. This triggers a chain of absurd events throughout upper-class society, with almost every variety of love triangle imaginable. It all culminates with an insane party, and an accidental murder.

What Renoir was attempting to show, was that the idle preoccupation of the rich was destructive, and dangerous in the face of what was happening in Europe. However, virtually all of this context has to be inferred by the viewer. The story exists almost entirely out of time, and no mention is made of current events. Instead, the meaning can be derived from combining the story of the film, with a knowledge of world events of the time. While the original audience was undoubtedly aware of all this, the film played very differently for me.

Instead of focusing on the political subtext, what I found fascinating was the way in which the characters treated the rampant infidelity around them. The various husbands and wives are incredibly blasé about it all, up to a very specific point. They seem completely unperturbed, but only as long as no one acknowledges any of it. It’s like an accepted open secret. The minute anyone draws attention to it, the entire house of cards falls apart. In this way it’s far more similar to World War I. One action, the husband ending his affair, triggering various alliances, leading to more actions, and ultimately destruction. - Nov 18th, 2016