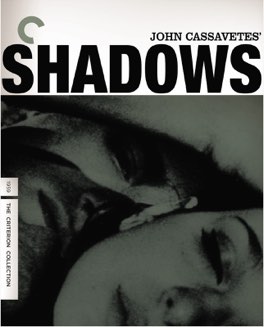 A funny, touching, engaging, and unbelievably stylish film. Beautiful and ridiculously creative, it creates an incredible sense of the reality of the people it portrays.

This is the first film I’ve seen from director John Cassavetes, but if the rest are anything like it then I’m in for a real treat.

This is an astonishing film, full of so much power, especially given the time period it was made. It was so raw, so real, that it almost felt like a documentary, more than a narrative film. I feel like I know these people, like their struggles are real. Like so many of the films I find affecting, it has no real linear story, rather it has a sequence of events in the lives of people who are very much of their time and place.

In this case that time is 1959, and the place is New York City. These people seemed so real to me, and their troubles and drama seemed equally real. The film is definitely a product of its time, full of jazz music and beat sensibilities, and I wouldn’t want it any other way.

As I always say with slice of life films, the story isn’t really the important part. This is more a film that is trying to impart a feeling, rather than a particular structured narrative. Having said that, there is a story here, and it’s a pretty good one.

The films follows three African-American siblings living in NYC, two brothers and a sister. One brother is dark skinned, but the other two are very light. The oldest brother, Hugh, is a struggling singer, who with his manager is simply trying to get by without giving up what’s left of his dignity. The younger brother, Ben, is classic beatnik, right down to not wanting to be associated with the term. He wanders around the city with his friends, getting drunk and hitting on random girls.

The sister, Lelia, who is the youngest at 20, is a stunningly beautiful girl who is suddenly receiving a ton of attention from the male population around her. One night she meets a Caucasian guy named Tony, who manages to convince her he’s not a creep, and eventually they sleep together.

It turns out its her first time, and she’s decided she’s in love with him, and he claims to be in love with her too. She ends up taking him back to her house, where he meets Hugh and realizes she’s African-American, and he has absolutely no idea how to deal with that.

He ends up in a shoving match with her brother and forced to leave. From there the story mostly revolves around Lelia’s attempts to take out her frustrations on the next guy she meets and Ben’s desire to generally be a fuck up.

The film, which was made for something like $40,000, entirely outside the studio system, is an absolute masterpiece, even while it has obvious limitations. The acting, much of it improvised, is clearly semi-professional. But the characters seem so real that it doesn’t really matter that their acting isn’t up to Hollywood standards. The sound is also semi-professional, but again the spirit of the film means that it just doesn’t matter, the ideas overpower any of the rawness of the presentation.

Not everything suffers from the budget though, Cassavetes chose to film most of the shots on location, and it goes a long way towards creating the sense of realness the film aspires to. The soundtrack is also absolutely phenomenal, just a series of melancholy jazz trumpet pieces that made me smile every time one of them started to play. And the cinematography is incredible, revealing a view of NYC that just doesn’t exist in the real world anymore.

The whole thing came together to make the kind of film that had me giddy with enjoyment the entire time I was watching it.

The central plot, dealing with race relations in the late fifties, is so much more subtle than it would be were this film made today. The characters don’t seem even slightly surprised by what’s happening to them, nor does the camera. If this was a modern film it would be so overly dramatic in its portrayal of the people involved, creating a piece of propaganda more than it would anything real.

It would be propaganda that I would agree with, but it’s still really nice to see something made by and for actual people, who were living in this world, instead of the story we would tell today. These are real people and real struggles. Ben’s character, of a disassociated loner who can’t find a way to fit in the world around him, definitely struck a chord with me.

While I think I gave up playing that kind of role a long time ago, I definitely remember those days from my past. Sitting on buses glaring at the world around me, trying to make myself as unpleasant looking as possible to the normals around me, so they would leave me alone. I found myself both laughing and smiling whenever he was on the screen.

And of course, I think we can all relate to Hugh in his desire to find success, doing what he loves. But, ultimately, this film lives in its portrayal of race relations in a country that still struggles with these issues today. It’s a powerful document from an interesting time, in addition to simply being a great film.