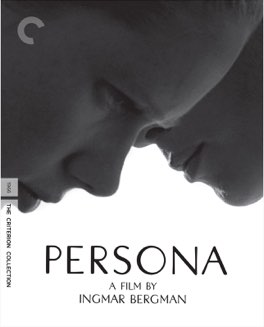 An unbelievably complex and beautiful film. Full of incredible cinematography and amazing performances. This film completely captivated me; I absolutely loved it.

Wow, that was not what I was expecting at all. I had a feeling this would be something of a heavy film, all the Ingmar Bergman films I’ve seen so far have been heavy in some way, but this was another level from anything I could have anticipated. That this is a masterpiece is without question, I enjoyed it so much and will be thinking about it for quite some time to come. What I understand about it though, that’s a more interesting question, at least to me. This is an absurdly complex film, with serious depth of thought and words. It’s as full of ideas as pretty much any film I’ve ever seen, and with some of the most beautiful photography I can remember as well.

The film is somewhat straightforward in pure story terms, but any description won’t capture the unrelenting intensity of the piece. The story starts with a seemingly incongruous scene of a young boy in what appears to be a hospital bed. He’s naked and reading a novel. Suddenly he looks across the room and sees a giant translucent screen where the faces of Bibi Andersson and Liv Ullmann are shifting and fading in and out. From there we go to a hospital, where Bibi Andersson’s character, Alma, is being told the story of her new charge, Liv Ullmann’s Elisabet Vogler.

Elisabet Vogler is a famous stage actress who has recently had something like a psychotic break and now refuses to move or speak. She’s been declared mentally and physically healthy, but still refuses to come out of her near catatonic state. At first Alma has little influence on her, but soon they leave the hospital for a secluded beach house on an island somewhere and things start to change. Slowly, Elisabet begins to open up to her, although Alma still has to do all of the talking. Eventually Alma confides some pretty serious stuff to Elisabet, and their relationship beings to morph and change in really unexpected ways. The film heads into a much more surreal space after that, full of possible dreams and questions as to what’s actually happening.

Bibi Andersson is good in all the films I’ve seen her in so far, but she’s absolutely incredible here. Her character is almost the only one in the film who has any lines. None of the other characters speak for more than a minute, so almost the entire film is carried by Andersson. It’s an impossible role, her personality has to change multiple times throughout the film, and she has to convey about twenty different things at once at all times. The degree of difficulty was off the charts, and yet Bibi Andersson completely destroys it. She’s absolutely believable as craziness happens around her, and she’s the main reason I loved this film as much as I did. She’s just devastatingly good. Ullmann’s performance is also very strong, especially given that her character is basically mute, but Andersson does the heavy lifting in this one.

As I said, this is an extremely complex film, and I know there are many scholarly articles attempting to discern what it all means. For me, the film was about a lot of things, but the one that I found most interesting was the idea that if you can’t be absolutely honest in something you do, you should just not do it at all. Elisabet’s condition seems to be caused by her recognizing that she has spent her entire adult life as an actress, and that she’s been playing one role or another for far longer than that. It’s strongly implied that her entire life has basically been one performance after another, and when she realized that she just completely shut down. She believes that if she cannot be completely genuine she should simply refuse to do, or be, anything.

It’s a very interesting point that’s being made, especially by someone like Bergman. There is a certain level of acting that must become completely second nature to people for whom film, or the theatre, are their profession and life’s work. At some point I could imagine feeling like everything I did, or said, was simply an extension of playing a part, as opposed to anything genuine or honest. My actions, my inflections, my words, might all feel like lies. I’ve felt like that before in my life for sure, and I wasn’t involved in a medium centered around portraying others. Someone once said that if you wear a mask long enough it ceases to be a mask at all, but this film seems to be suggesting that you might suddenly become aware of the reality of the mask, but not have any idea how to take it off. Eventually the mask might become such a burden to you that you are simply incapable of existing at all.

Bergman has said that he was at his most depressed when he made this film and I can completely believe that. I’ve been depressed before and I remember feeling like there was absolutely no point in anything I was doing, that I was completely lacking in anything like intellectual or emotional honesty. It’s an unbelievably scary feeling and apparently making this film helped Berman get through it. On that basis alone this film would be worthwhile, even without the impressive level of craft that clearly went into making it. The film is so intense, and heartfelt, and it’s definitely making me think, which is really all you can ask from art. It’s one of those films that I know I’ll return to many more times, to try and see what else I can find. - Dec 18th, 2014