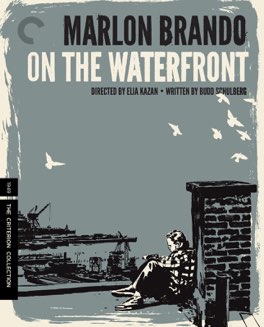 This is a brilliant film. Wonderfully acted and powerfully moving. It’s compelling and entertaining, a true masterpiece.

This is one hell of a film. It’s so powerful, so incredibly well made, so unbelievably well acted, and the story is so perfectly told.

This film is a masterpiece. It’s the kind of film they don’t make anymore, everything so real and yet so cliche. It’s a film about struggle, about how long people will put up with corruption before they do something about it. It’s a film about hardship, and the choices we make, and how we live our lives.

And, because of all of these things, it’s perfect.

The story is simple, as the best ones all seem to be. As the title says, it takes place on the waterfront. Specifically the New York City waterfront, where the local longshoreman’s union is completely corrupt and run by one man, Johnny Friendly, played brilliantly by the always incredible Lee J. Cobb.

He decides who works and who doesn’t, he skims money out of every man who works, and out of every cargo. And, when the film starts, he’s asked Terry Malloy, played by the transcendent Marlon Brando, to bring out a dock worker who’s been talking to the cops.

They kill that dock worker and that starts in motion the eventual waking of Terry Malloy’s conscience, and the consequences that entails for everyone around him.

Everything about this film feels completely real and completely fake at the same time. The sets, the actors, the dialogue, the clothing, all screams of reality. I’ve never been a longshoreman, but I have been around some, and even today this rings completely true to me. Even the smallest detail seems absolutely correct.

On the other hand the plot, with it’s various Hollywood cliche turns, seems completely manufactured. It’s a fascinating mixture. Elia Kazan essentially made one of the greatest studio films of all time, completely independently.

He took all the studio magic and mixed it with a devotion to the realism of the place, and what it created is pure brilliance, it’s absolutely captivating.

This is a film about the point at which people, beaten down for so long, rise up and say enough. It’s a film that says that no tyrant can last forever, that eventually they will cross the wrong person and that person will be strong enough, and lucky enough, to fight back. It’s also about the hubris of those in charge, that they believe that they can do whatever they want, to whomever they want, with no repercussions.

This film says that’s not true, that eventually they’ll get their payback. The method in which is happens is a little bit of Hollywood magic. The reality, as shown in documentaries like Harlan County USA, is usually much less simple and far more brutal than a film like this would ever show.

But the progression of one man, from beaten down stooge like everyone else, to standing up, is powerful and wonderful to see. - Apr 9th, 2014