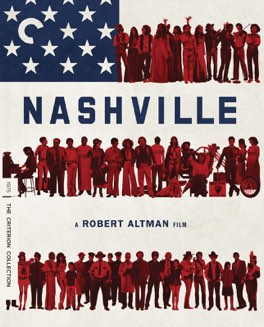 A sprawling epic about a particular place in a particular time. It’s a story of a certain kind of America, where it was and where it might go. It’s impressive, and it’s also just damned entertaining.

I love Nashville, the place I mean. Anyone who knows me, knows that it might be my favorite place in the country.

And, while I definitely wasn’t there in 1975, I can absolutely imagine that it was just as this film portrays it to be. A country music driven town, full of smarmy agents and boys club promoters, celebrity obsessed wannabe starlets, and a million hanger-ons. And then, of course, there’s the regular people who are soaking it all up, the engine that lets the whole thing go.

Maybe that’s why I love the place so much, it’s all so obvious and hidden at the same time. This film shows what goes on behind that, those people and their stories, and just lets them all be. As I’ve mentioned in several previous essays, most recently for Two-Lane Blacktop, I love films that aren’t necessarily about one story, but rather just about the feeling of being in a certain place at a certain time.

This film is definitely one of those, it revels in it’s ensemble cast and general meandering nature. And I loved it.

The story is incredibly complex, full of about 24 different characters all revolving around each other throughout most of the film. It starts with a political campaign van driving around town with a speech from a third-party candidate playing on an endless loop. From there we move to a recording studio where we meet several of our main characters. Then to the airport where we meet quite a few more. And it goes on and on.

There are political movers and shakers, country western singers of fame and those who wish to get famous, loners and locals, out-of-towner’s and rock stars, and a whole bunch more. They circle around and around, weaving in and out of each others lives, through a bunch of seemingly disconnected scenes, for most of the film.

Eventually they all seem to end up at the same political rally, thrown for the third-party candidate, and that’s where the film comes together and, ultimately, turns out one of the boldest endings I’ve seen in quite a while. That shouldn’t have been a surprise given that the director, Robert Altman, seemingly spent most of the seventies turning out incredibly complex and interesting films.

One of my all time favorite “what the hell” films came out of this period, the seriously weird Brewster McCloud. This film doesn’t come near the total strangeness of that one, but it’s still clearly part of the same period. This is a weird film, that’s for sure, but also so full of charm.

The cast is remarkable, not just for its vast size but also for the names that took part it in. Shelley Duvall, Keith Carradine, and Lily Tomlin, are just some of the stars that are present here. They are all wonderful.

The performances are, without exception, perfect and impressive. Apparently a lot of the script for this film was ad-libbed by the actors themselves and you can really tell. Each one seems to have a firm grasp on their character and it shines in every scene throughout the entire film. Especially impressive is that the actors themselves wrote all of the many, many songs in the film and performed them too. It adds a level of realism and splendor to the film that I think would have otherwise been missing.

Supposedly the country music stars of this era were not happy with the film, mostly because they weren’t in it, but I think to use real known people would have compromised the entire thing. And, certainly, the ending would have been very, very different if these were well known musicians.

Altman does use one trick very well though, he adds three bonafide celebrities playing themselves, which helps to create the impression that the fake stars are really famous outside of the confines of this crazy story.

It’s a really long film, like almost three hours long, but you never really notice. Maybe it’s the way the scenes all kind of jump into each other, none of them too drawn out. Maybe it’s all of the live performances which change things up. Or maybe it’s just that this is a really, really interesting story. I don’t know, but it’s now on the very short list of films this long that I can really recommend sitting all the way through.

I never lost focus, and I wanted to know what was going to happen the entire way through. Altman also does a fantastic job of making me care about these people, at least to the point that I got legitimately uncomfortable with the ending. I don’t want to give anything way, it’s something everyone should see at some point, but man was it powerful.

This film is unlike any I’ve seen before, and I strongly doubt there have been many like it since. It’s an epic in the truest sense of that term, bursting at its own seams and seeming like it could have gone on forever. I read that ABC wanted to turn it into a ten episode series and I can see why, there was enough story with these characters to do at least that much.