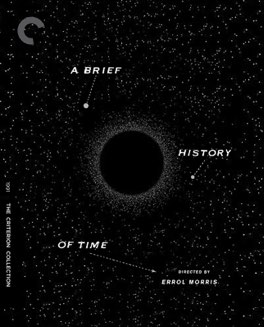 A Brief History of Time

This is a fascinating take on one of the most interesting people in the world. It presents his ideas clearly and his story compactly. It’s a great documentary.

I’ve had a layman’s interest in Quantum Mechanics and Theoretical Physics for as long as I can remember.

I don’t understand the math at all, mind you. But, ever since I was little, I’ve been fascinated by the ideas involved. Trying to understand, at least conceptually, the concepts put forth by great thinkers like Einstein, Schrödinger, and, of course, Stephen Hawking.

This film was therefore of great interest to me.

The director, Errol Morris, does a phenomenal job of including bits and pieces of Hawking’s work, interspersed with facts about his life. He correctly deduced that, for a man who has been forced to live almost completely in his mind since an early diagnoses of ALS rendered him physically immobile, it is impossible to separate Stephen Hawking from his work.

They are the same thing, he is almost maniacally devoted to its progression, and no story about his life would be of any value without a serious consideration of it.

The film also does a great job of contextualizing that work in such a way that people not well-versed in the intricacies of theoretical physics can still follow along. There are a great many big ideas presented in this film. The nature of black holes; how do they work? what do they mean? The nature of creation; is it infinite? Was it always here? Will it end? These ideas, and many more, are shown in visual, sometimes hilariously literal, depictions.

Similar, I suppose, to the ways that Hawking himself is forced to think about these things, given his inability to interact with most things around him.

The interviews with Hawking himself are, maybe, the most interesting part of the film for me. He’s so unvictimized by his situation, a situation that would cause many people to wallow in self-pity. He is, instead, almost self-deprecating about his plight, and about himself, and his work.

There is a great moment where a student of his keeps coming up with an answer different to his own and he just says “I was wrong.” It was a powerful reminder that even someone as smart as Hawking doesn’t always have the right answer.

The film is visually very interesting, which is good because the subject matter could otherwise get a little bogged down. He uses a single frame of darkness, interspersed between frames of his interviews, to hold your attention and keep things visually moving. There are also a great many very beautiful shots in the depictions of Hawking’s theories.

It’s a different way of doing a documentary film, and I think it works wonderfully. - Mar 27th, 2014